True Religion, Riders By Lee Out To Recapture Denim Fans 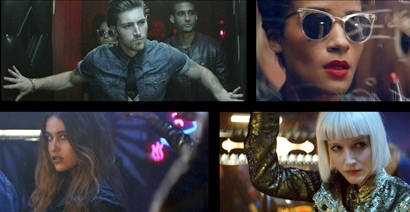 As Americans continue to ditch their blue jeans for comfier yoga clothes, denim marketers are looking for new ways to win them back. At the premium end of the market, True Religion has launched a new social and cinema campaign, repositioning its Fearless Style brand. And for bargain shoppers, Riders by Lee is introducing Heavenly Touch denim, a blend it says slims likes its other products, but still delivers yoga-mat comfort.

Both moves come as activewear continues to eat into denim sales. After a decade of growth, NPD Group reports that sales of jeans — one of the best-performing apparel categories throughout the recession — have fallen 5% in the 12-month period ending in March. (And sales of kids’ denim have tumbled 10% in that period.) Activewear sales, however, are up 7%, versus a 1% decline in the total apparel market.

Riders by Lee is hoping to reverse that trend by rolling out Heavenly Touch Denim. The budget brand, owned by VF Corp., says the new formulation offers “the best of both worlds, with the softness of her favorite sweats or yoga pants, and the slimming fit qualities of Riders by Lee.”

A spokesperson tells Marketing Daily that Heavenly Touch will be supported by both print and TV advertising, as well as in-store signage, and blogger outreach. “Social media will also be a big push for us,” she says. “We are creating a lot of special product-related content and will be running several promotions and giveaways.”

The company says it developed the line, all priced in the $20 range, in response to research that found its core customers increasingly opting for leggings and yoga gear, and that it included extensive fit testing before introducing the new line.

High-end brands are reinventing themselves, as well. True Religion, which sells its jeans in the $150 to $350 range, is launching a “Be So Bold” campaign, to herald the relaunch of its Fearless Style brand. Backing away from print ads usually favored by high-fashion brands, the campaign instead focuses on the style innovations of its edgy clientele, flashing their social media-contributed style statements on 9-foot screens in newly refurbished stores, as well as in cinema ads.

The campaign is based on recruiting style leaders and influencers, challenging them to “make ordinary moments extraordinary,” with such declarations as “Fortune favors the bold,” “Don’t just make an entrance, cause a scene,” and “True style is fearless.” It then asks for tweets, Instagrams, photos or Vines to flash that fearless style. The effort, along with a new store concept, is set to roll out in key markets next month. (The company has some 150 stores.)

Cinema ads use slow-motion to convey the impact “that comes from the confident swagger,” the company says in its release. Ads are scheduled to run at such premieres as “The Hunger Games: Mocking Jay Part I” and “Gone Girl,” as well digital platforms that include Hulu, YouTube, GQ, and The Bleacher Report.