In 'Surrender Or Fight' Moment, Target Chooses To Fight 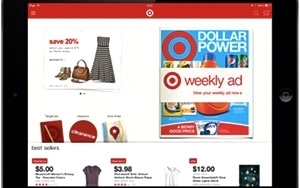 There was the mega breach, competition from online retailers like Amazon, poor performance in the Canadian market, and generally bad press that generated 150 billion media impressions, all leading to big operational losses. Yes, Target has had what Jeff Jones, the Minneapolis retailer’s CMO calls its “surrender or fight” moment.

At the Association of National Marketers’ Masters of Marketing conference in Orlando on Friday, Jones opened up about the fight to reassert the brand, re-energize its "Expect More, Pay Less" mantra, and adjust its vision away from its own navel. At issue, he said, was that the world had changed but Target hadn't. "We were focusing on the white, suburban mom. The reality is our guest is more urban, Hispanic and Millennial, and way more digital and mobile than ever before.”

And he said that although e-commerce had already changed the nature of all commerce, Target was still thinking of the stores -- and the non-digital, brick-and-mortar experience -- as the best asset, and the shopping experience as still essentially linear. “Our stores are critical but the future is digital with 50% of shopping starting online." He said 80% of Target.com is brand new, and conversion is up 40% year-over-year.

Internal changes have gotten Target away from its island. Jones said that for too long the company had "hunkered down in Minnesota and benchmarked ourselves," but now it has moved to bring in more expertise from outside in the past two years than it had in the past decade. The company has, for example, opened offices on the coasts, where media and marketing experts are, and has done what he calls "unscripted town halls" with employees and senior leaders. "And at the fall national meeting we invited members of press inside the company -- that's a first time for a historically insular event."

The company is bringing mobile to mortar because "today, mobile is the front door to Target," said Jones, adding that mobile now constitutes two-thirds of digital traffic to Target. He says this year and next the company will roll out GPS-based store maps integrating promotional offers into shopping lists. Last month, Target, which introduced WiFi in stores last year, also recently activated the one-touch Apple Pay system. The company is also focusing on its tie-in with Cartwheel, a mobile-optimized coupon app that has gotten some ten million downloads, per Jones. He said app usage in stores is up 50% since WiFi came to Target. Also coming are iPads, and new kiosks by year-end.

But Jones says Target will go mano a mano with Amazon by making stores de facto fulfillment centers; "Most orders are still shipped to homes.” Since the company has 1,789 stores in most U.S. markets, “we can offer 91% of the U.S. population next-day delivery because of proximity of stores," he said, adding that the company is testing same-day delivery with the Google Shopping Express appin San Francisco, L.A. and N.Y.

Like every speaker at the conference, Jones offered his key takeaways, starting with the power of truth. "It takes courage to talk about challenges, but you have to move ahead. And this is the most essential first step in any transformation." Second, don't get caught navel-gazing, but look outside your brand for inspiration and ideas. His third lesson: brands matter more than ever. "The power of our brand got us through the [literal and figurative] breach. We had forgotten what made Target Target." And he suggested that marketers never let their brand promise become just an ad tagline. Also, get comfortable with being uncomfortable. Finally, moments lead to momentum. "It's human nature to zero in on what goes wrong, but celebrate what is right. We are reminded every day that a moment is what you make it."