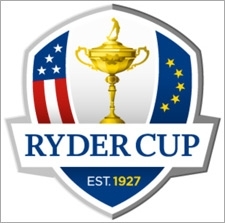 The programmatic trading landscape is evolving fast. As a result, there are considerable differences in the way the U.S. and European markets are developing.  Real-time bidding (RTB) first emerged in the U.S. as the initial phase of programmatic. Europe did not simply imitate the U.S., but also adapted to meet the needs of countries, partners, agencies, and brands.

Similar to when the Americans led the Ryder Cup before the 1980s, the British added in European players and now dominate the U.S. in this golf grudge match. The “Ryder Cup Trend” may be the case in premium programmatic due to the growth of the entire continent -- not just the U.K. market.

Let’s compare how the two markets are handling programmatic.

Both regions are in need of more education about programmatic.  The World Federation of Advertisers (WFA) released a set of guidelines to help brands better tackle this task. Recently, IAB Europe introduced a programmatic trading white paper to start a campaign to educate the digital advertising market.

Programmatic video is one of the fastest growing areas in programmatic brand advertising on both sides of the Atlantic.  Many publishers believe that programmatic focuses solely on remnant display, but that stereotype is fading as brand investments have started to pour into different formats and premium inventory. A new report from Business Insider Intelligence found that mobile and video ads are the major drivers of programmatic brand growth. According  to Turn, publisher CPMs are increasing for almost all ad types as demand outpaces supply.

The big opportunity for programmatic brand advertising in both marketplaces is big data.  According to IBM, 90% of the world’s data was created in the last two years. This is quickly being applied to marketing.  Oracle’s BlueKai has been saying that the advertising industry this year will use data-driven marketing over 227% more than the previous year.  Even though the majority of DMP development started in the U.S., European markets are catching up quickly and applying data to branding rather than direct response.

Europe has strong agency and publisher relationships that have traditionally encouraged rebates of 15% or higher. This has not been transitioned to programmatic premium as of yet. Programmatic or automation savings are even more important to regions in Europe than in the U.S., due to the number of small local markets.  The efficiency of programmatic helps drive down costs for agencies, brands, and publishers across the European markets and can be centralized in London.  According to speakers at Ad:Tech London, the CPMs in programmatic are rising faster due to scarce premium publisher inventory.

Brands in Europe rely more heavily on their agency than their U.S. counterparts.  This is why the trend of in-house trading desks for European brands is talked about less frequently than for U.S. brands with big programmatic proclamations.  The European start-up scene is stronger than in the U.S., and has jumped on private marketplaces and exchanges to suit the demands of the market.

Europe is considered a more premium marketplace since the majority of the programmatic trading dollars are being spent on large and premium publishers. Every country in Europe is dominated by several local markets, all of which have their own language.  This encourages a focus on local and premium content. Premium local publishers, along with European brands like Heineken and Mondelez, are interested in private video exchanges to cut direct deals to better automate their premium buying. This would also solidify partnerships with premium content providers in the top European markets: a trend that should continue and help Europe outpace the U.S. in premium programmatic.

The programmatic revolution is underway, but the technology developed may be applied differently in the U.S. and European markets.  Europe’s consumer mobile market and video preference may enable a premium programmatic marketplace that is not only different, but can lead.  Let’s see what develops in this industry before the 2016 Ryder Cup.