Cybersecurity Battle Between FTC And Wyndham Goes To Mediation 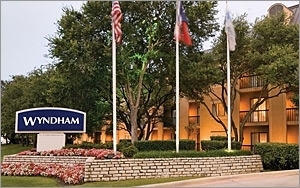 A high-profile dispute between Wyndham Hotels and the Federal Trade Commission is heading to mediation, according to new legal papers.

If Brown can forge a deal between the parties, the closely watched battle could be resolved before an appeals court decides the central, hotly debated issue -- whether the FTC exceeded its authority by charging Wyndham with “unfairly” handling consumers' data.

In April, Salas ruled that the FTC could proceed with its lawsuit against Wyndham, which suffered data breaches on three occasions between 2008 and 2010. The FTC alleged that Wyndham violated its privacy policy, which promised to use “industry standard practices” to keep customers' information secure. The agency separately alleged that Wyndham engaged in unfair practices by failing to take reasonable security measures -- like using firewalls, and requiring encryption of credit card data.

In her ruling, Salas rejected Wyndham's argument that the FTC must issue data-security regulations before charging a company with using “unfair” security practices.

She said in the ruling that Wyndham's theory would mean that the FTC “would have to cease bringing all unfairness actions without first proscribing particularized prohibitions.”

But she also wrote that her decision doesn't “give the FTC a blank check to sustain a lawsuit against every business that has been hacked.”

Wyndham is now asking the 3rd Circuit Court of Appeals to reverse Salas's ruling and dismiss charges relating to whether the company engaged in an unfair practice. Even though that appeal is in progress, Wyndham and the FTC have continued to exchange evidence and file legal papers with Salas.

The dispute has drawn much outside interest, including friend-of-the-court briefs from the U.S. Chamber of Commerce, which is siding with Wyndham, and advocacy groups including Public Citizen, the Center for Digital Democracy, the Electronic Frontier Foundation and the Electronic Privacy Information Center, which back the FTC.