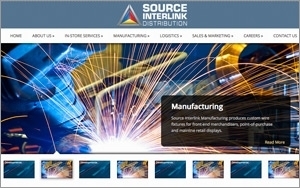 Until it closed in June of this year, Source Interlink Distribution was one of the country’s largest magazine wholesalers, supplying around 30% of the magazine retailers, and its closure left publishers scrambling for new delivery providers.

The result of this supply disruption was a major hit to magazine sales in the third quarter, according to MagNet, which published some gloomy figures this week.

In dollar terms, total retail sales fell 20% from $676 million to $543 million over the same period. This steep decline compounded weak sales performance in the first and second quarters, when retail sales volumes fell 10% and 14.3%, respectively, resulting in an overall drop of 17.1% for the first nine months of the year.

There was some good news concealed in these figures, MagNet noted, as third-quarter sales actually improved at the 43,800 retail stores that didn’t suffer from a service disruption, with dollar sales increasing significantly in the second half of the quarter; celebrity weeklies posted strong increases following price hikes earlier this year.

In another piece of good news, by October, 99% of stores that had previously been supplied by Source were receiving magazines from another wholesaler.