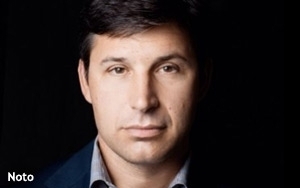 Anthony Noto is making headlines for all the wrong reasons this week. Twitter’s CFO sent out a tweet by accident on Monday about a potential acquisition. That the tweet was clearly intended to be a private DM, or direct message, highlighted what has long been seen as Twitter’s Achilles’ heel: user friendliness.

For all the world to see, Noto tweeted on Monday: “I still think we should buy them.” The acquisition target to which he was referring is not known, but the damage was done. Not long after, technology reporter Kevin Roose tweeted: “Looks like Twitter’s CFO just had the first-ever M&A DM fail.”

The slip-up comes at a particularly bad time for Twitter, considering that it is currently trying to position itself as a direct-messaging service on par with Facebook Messenger or WhatsApp. The fact that the company’s top executives can’t properly manage their privacy on the platform isn’t likely to instill confidence in regular users.

For years, Twitter’s purpose and usability have flown over the heads of average consumers. They hear about Kim Kardashian and Kobe Bryant tweeting this or that, but they couldn’t imagine using Twitter themselves.

As a result, analysts have long considered Twitter be a niche service. Just this month, Pivotal Research Group analyst Brian Wieser wrote in a note to investors: “We continue to believe that Twitter’s core proposition has niche appeal among consumers, albeit a pretty large niche … But it’s not one that will reach the ubiquity the company aspires towards.”

Well aware of the problem, Twitter is doing everything it can to improve it prospects among the broader population. Among other efforts, the social giant just recently replaced Daniel Graf with Kevin Weil as consumer product head.

Weil was previously in charge of revenue products at Twitter, including its MoPub mobile ad exchange, and other ad offerings. Now heading up consumer products, Weil will be expected to ramp up innovation at Twitter.

The change, last month, came just days after CEO Dick Costolo expressed his displeasure with the pace of product development at Twitter. While insisting that the company remained on the right track, Costolo told analysts that it is “more critical than ever that we increase the pace of [product and idea] execution.”

In line with analysts’ expectations, Twitter said it saw revenue rise to $361 million in the third quarter — up 114% year-over-year. During the quarter, Twitter recorded 284 million average monthly active users (MAUs), which represented an increase of 23% year-over-year, but just 5% quarter-over-quarter.

Timeline views reached 181 billion during the quarter — an increase of 14% year-over-year. Stateside, however, Timeline views per monthly active user actually fell from 793 to 774, quarter-over-quarter.