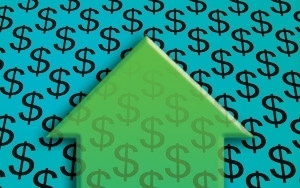 A surge in foreign acquisitions of U.S. entertainment and media companies — as well as U.S.-based companies acquiring overseas companies — has been seen this year so far.

A new report from PwC says there was a 49% increase in volume in the number of deals through September 2014. The number of acquisitions rose to 18 from 7. Some analysts point to favorable tax considerations as one reason.

PwC also says U.S. companies were active in buying overseas companies — up more than 40% to 178 deals for the first nine months of the year.

For its part, PwC says there had been a foreign focus on social media, Internet and cloud technology in 2014. Two of the biggest deals include Rakuten’s (Japan) acquisition of Ebates for approximately $1.0B and Telstra’s (Australia) investment in Ooyala Inc for $300 million.

While all categories remained fairly steady in quarter-to-quarter deal-making, the advertising/marketing category dropped 33% to 36 from 54. But overall dollar volume climbed to $3.5 billion. CBS Outdoor acquisition of outdoor competitor Van Wagner for $700 million was one of the bigger deals during the period.

Casino related deals were a major part of the picture for the third quarter. GTECH SpA announced deal for International Game Technology, a slot machine maker, for $6.3 billion; and Global Cash Access Holdings announced the purchase of Multimedia Games, a another slot machine maker, valued at $1.2 billion, were major news for the category.