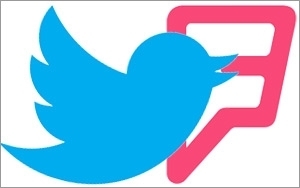 Looking to expand its location-based efforts, Twitter is reportedly planning to partner up with Foursquare in the New Year.

Neither Twitter or Foursquare are commenting on a potential tie-up, but both could theoretically benefit from the deal. Simply put, Twitter could use Foursquare’s technology, and Foursquare could use the exposure.

Twitter’s interest in location-based social networking tools is well known. This summer, the company bought a start-up named Mitro. Best known for a Web browser extension that lets people store and share passwords, Mitro’s small team joined Twitter’s location team in New York ,where it has been focusing on a variety of “geo-related projects.”

Foursquare is trying to regain its footing after making the drastic decision to divide itself into two distinct apps. One, named Swarm, does what people have long associated with the Foursquare brand, i.e., let people check into physical locations and become the “mayor” of local establishments. Another, more Yelp-like service, took the Foursquare name.

User response to Foursquare’s big split has been mixed. In late October, Foursquare ranked #923 overall in the U.S. App Store — a huge decline from its rank of #44 in 2011, VentureBeat reported, citing data from comScore, App Annie, Google and Foursquare.

Foursquare was also recently called out for deciding to track users' locations by default — even when its app is turned off — and then drawing on that data to send recommendations.

Whether Twitter and Foursquare team up, the promise of location-based social networking has never been brighter. By 2016, 90% of smartphones will be enabled with GPS technology, and as a result, the global, real-time, mobile location-based advertising and marketing market is expected to reach $9 billion by 2017.