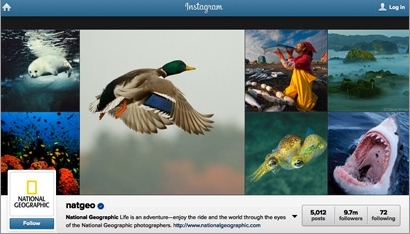 Trying to preserve the integrity of its network in the eyes of users and brands, Instagram recently vowed to wipe out “spammy” fake accounts.

“This means that some of you will see a change in your follower count,” Kevin Systrom, CEO of Instagram, said last week. A week later, the most popular brands on Instagram have seen significant declines in their followings.

Similarly, Nike saw its follower count drop by 256,549 -- or 2.8% of its total Instagram audience. After losing 245, 210 followers, retailer Forever 21 experienced one of the biggest overall declines of 4.4%. The National Basketball Association’s Instagram account lost 4.5% of its fan network, or 195,531 followers.

For brands, the losses should be taken as gains, analysts say.

Instagram’s “new authentication initiatives send a message to the ad community that their followers will be real entities, and that the impressions they receive will not be fakes or bots,” Debra Aho Williamson, principal analyst with eMarketer, said last week.

The purge is part of a broader effort to give brands and top users more confidence in Instagram and its operations. Similar to verification services offered by Twitter and other social networks, Instagram also just rolled out verified badges for brands, celebrities and athletes.

Overall, more than 29% of Instagram’s followers -- nearly 19 million users -- vanished after the cleanse, by Allia’s count.