BitTorrent Urges Sony To Release 'The Interview' On Its Platform 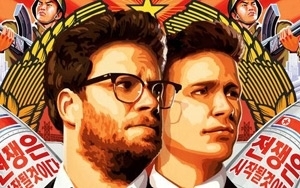 The file-sharing network BitTorrent wants Sony to release "The Interview," the movie about two producers who the CIA recruits to assassinate North Korean dictator Kim Jong-un on their trip to Pyongyang, on its platform. The Twitter tweet sent late last week read: "Releasing #TheInterview via torrent is a safe way to bring the film to audiences."

Sony had pulled the movie from all theaters after a decision by the major theater chains to not screen the film, scheduled to open Dec. 25. AMC Entertainment, Carmike Cinemas, Cinemark, Cineplex Entertainment, and Regal Entertainment refused to show the film after hackers infiltrated Sony's computer system and said moviegoers could be in danger if they saw the film in theaters.

BitTorrent runs a paid service called Bundle that would allow Sony to charge for anyone who wanted to view the movie online in the privacy of their home.

The Internet influences change, and change influences the Internet. One of the major changes came from BitTorrent. Last year the company created a new publishing culture for artists to sell direct to fans, competing with Google Play, Apple iTunes, Pandora, among others.

The company calls it BitTorrent Bundle -- a new media format aimed at helping artists connect with fans, who can sample products for free. Then they can unlock content with an email address or (forthcoming) a donation. The company estimates that bout 6.5 million fans engaged with content behind the pay-gate for Bundles, and 89% come back to check on projects monthly.

Today, more than 20,000 creators use it to connect with about 170 million lovers of audio and visual lovers worldwide. This year artists have added about 1,543 new projects. Some come from Oscar-nominated filmmakers, and others from Billboard Top 200 artists, as well as outsiders, inventors, and independent creators.

Morphing into a distributed network community, BitTorrent has created a new culture for searching and buying music. Overall, the community supports more than 170 million fans from 120 countries worldwide. The company said its fans are 170% more likely than average Internet users to buy digital music. On average, its global fan base spends $48 annually on music, and $54 on movies. Interestingly, 61% of Bundle fans describe their taste in music and film as unconventional.

Interestingly, BitTorrent estimates the average Bundle size at 734MB. It appears that most of the artists -- especially music -- appeal to the younger generation. More than 12 million digital box sets from artists like G-Eazy, De La Soul, and Ryan Hemsworth, downloading 2.5 million sets from collections like OWSLA, Mad Decent, and Fool's Gold. More than 5 million media projects from creators like Cut/Copy, Phuture Doom, and Beats Antique are in the hands of fans. In addition, in 2014, more than 10 million fans tuned into social justice and advocacy documentaries on BitTorrent Bundle. BitTorrent created a different culture. Consumers/marketers can expect more of the same in 2015.