2015: The End Of Browsing And Start Of Discovery Through Deep Links In Mobile Apps 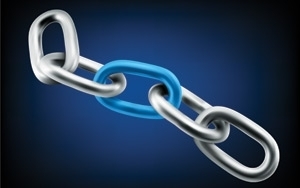 Brands should have a way to detect if their company's app lives on the consumer's device. Knowing this would allow brands to link directly from the campaign in a search, display or email promotion to the product page in the app -- not just link from the campaign to the app, but a specific product within the app. JavaScript provides that link, but few have followed through. The trend will accelerate in 2015

Deep linking changes how search on mobile devices work through a structured URL. A snippet of code attaches to the Web page, allowing a link between Web pages or app. AppsFlyer head of marketing Ran Avrahamy sees deep linking becoming an important add-on to app discovery that plays nicely with mobile search.

The deep link automates the search function by linking directly to the information from an advertisement. Retailers in particular need to start taking consumers from a promotion into their app. Every media advertisement -- from display and email to mobile search ads -- should give consumers the option to open the ad in a mobile application, rather than Web browser, explains Brian Klais, founder and CEO of Pure Oxygen Labs.

In July, URX analyzed 200 mobile apps on the Android and iOS platform to find that only 22$ of apps have added deep-link tags to their Web site for at least one operating system.

Amazon began giving consumers the option to open the page in their app in November. The adoption rate for the use of deep links for organic and paid-search campaigns and other mobile media fluctuates between 2% and 5%, Klais said. "It's a cutting-edge opportunity in 2015 for those willing to take the step," he explains "Google this year came out with app indexation, but until you have deep-link support in the app and have URLs assigned, you can't think about having Google crawl and index your app pages."

Earlier in December, measurement platform AppsFlyer announced a deep linking and tracking capability called OneLink aimed at simplifying the way that app marketers connect clients to content by eliminating the need to create Web URLs, app store download links, and deep links for each campaign. One smart link directs users to the correct destination page regardless of their device type or other variables. The technology also maintains deep linking even when users click through to an app store to download the app. It documents each user's click path, generating detailed mobile attribution analytics for optimizing marketing spend.

Have a safe and merry holiday!