Real-Time Analytics To Shift From 'Descriptive To Prescriptive' 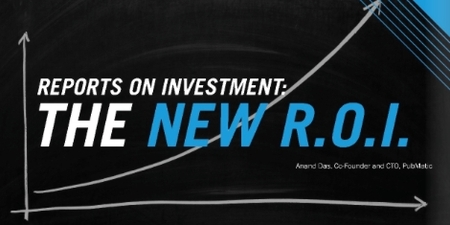 As if we needed to further muddy the acronym well, one ad tech platform has proposed a new meaning for ROI: Reports on Investment.

“Programmatic has become the new normal, but our reporting and analytics remain stuck in the old normal,” writes Anand Das, co-founder and CTO of PubMatic, in the company’s 2015 programmatic outlook report. “A lot of media planning is still done in Excel. Some non-programmatic media buys still are completed through fax machines.”

Real-time analytics have been woven into the industry over several years, with 2014 serving as a “breakout” year of sorts; PubMatic, Rocket Fuel, Metamarkets, ChoiceStream, Smaato and other ad tech companies all introduced real-time analytics to their respective platforms last year.

However, Das writes that the moves “are only the first steps,” adding: “In the future, we will need more sophisticated visualizations to help us identify partners, trends and outliers in our clients’ and customers’ data - enabling faster, more informed decision making.” Das predicts that 2015 will mark the shift from “descriptive to prescriptive” analytics and reporting.

There is some irony in this prediction because it’s predicated on the assumption that humans are required to make the best use of analytics. In reality, real-time analytics would be much more real-time if machines analyzed the data, learned and made changes themselves.

Yes, some type of human hand is required to build, fix and guide the machines. I’m not suggesting humans simply press “go” and forget about it. The next step of real-time analytics, however, does not seem to be visualizing data that’s already there so that humans can feel in control and in the know. (That’s important, yes, but it’s more of a sidegrade than an upgrade.) The next step is getting machines performing to the point where humans are comfortable letting go a bit.

Within 10 years, at least, PubMatic seems to think that will be the case. “Self-driving cars have made our daily commute the hottest platform for marketers,” PubMatic writes on the final page of its report -- a look ahead to potential 2025 headlines.