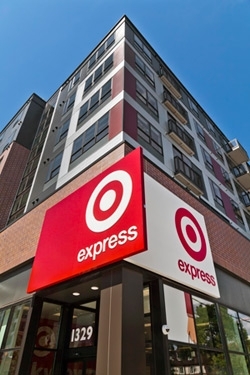 Target is pulling the plug on its sputtering expansion effort into Canada, a move that will cost up to $600 million but will allow it to focus on improving problems in its core U.S. operations.

The Minneapolis-based retailer began its expansion in Canada back in early 2013. But Canadians — even those willing to drive across the border to shop at American Target stores — have been consistently underwhelmed by Target’s Maple Leaf version, including prices and assortments. And in the meantime, Target has been beset by other problems, including a costly data breach, slower sales and declining traffic.

“When I joined Target, I promised our team and shareholders that I would take a hard look at our business and operations in an effort to improve our performance and transform our company,” says CEO and chairman Brian Cornell, in its announcement, who joined the retailer from PepsiCo last summer. “We were unable to find a realistic scenario that would get Target Canada to profitability until at least 2021.”

The company also says it expects to report a fourth-quarter sales gain of 3% for its fourth quarter, better than the 2% it forecast, driven by improved traffic and stronger online sales.

Chuck Grom, an analyst who follows Target for SterneAgee, writes that while the move is likely good news for Target rivals Walmart and Costco, it’s an “intelligent move” from the new Target CEO.

And Standard & Poor’s describes the announcement as “meaningful but manageable,” and says “it will eliminate considerable operating losses and also shed meaningful lease obligations, which should improve credit ratios in our view. Target can now focus financial and managerial resources on improving its domestic business, which we expect to improve moderately over the next year.”