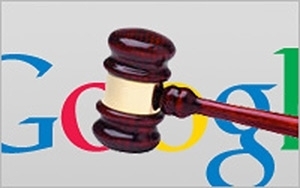 Google recently agreed to refund at least $19 million in order to settle “family fraud” charges that it unfairly billed parents for their children's in-app purchases.

The settlement, which was finalized last month, resolved FTC allegations that Google allowed young children to rack up charges on their parents' credit cards by making in-app purchases.

Now, Google says in court papers that its settlement with the FTC requires dismissal of a class-action lawsuit by parents who say they were wrongly billed for in-app purchases by their children. “Plaintiffs in this case will obtain all of the relief to which they would otherwise be entitled and, therefore, there is no basis for this class action to proceed,” Google says in a status report filed on Friday with U.S. District Court Judge Ronald Whyte in San Jose, Calif.

The company adds that it has asked the parents who sued to drop the case, but that they have refused. “In light of Plaintiffs’ refusal, Google intends to file a motion to deny certification of the proposed class and requests a briefing schedule to resolve that issue,” the company says.

The parents say in court papers that they “strongly disagree” with Google's position.

The lawsuit, filed as a potential class-action in March by New York resident Ilana Imber-Gluck, alleged that one of her two young sons, both of whom were then under 6, purchased $65.95 worth of in-game currency shortly after she downloaded the 99-cent app “Run Jump Smash.”

Imber-Gluck said in her complaint that Google allows parents to purchase cheap apps for their children, but doesn't adequately disclose that kids will be able to automatically purchase in-game currency for a period of 30 minutes. Other parents later joined in the case.

Advertising law expert Rebecca Tushnet, a professor at Georgetown Law, says that Google has a good chance of prevailing with its bid to dismiss the case, but adds that the outcome is uncertain.

She says that some courts have ruled that companies must face class-actions even when they offer refunds — but that's often because consumers don't know that refunds are available. “In this case, though, Google isn't just offering a refund, it's contacting purchasers and telling them they're eligible, so continuing the class action won't get more money for the class,” she says in an email to Online Media Daily.