Car Buyers Not As Mobile As We Might Think 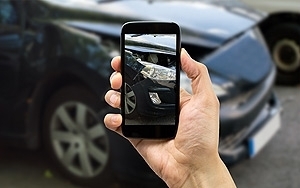 Automakers knew early in the smartphone’s lifecycle that this was a platform they needed to master. Weekend car shopping is not only a consumer pursuit made for mobile, it pretty much requires it.  From finding dealerships on our phones to checking nearby inventory, from  getting quick independent reviews to checking specs: How did we buy cars before this?

But not every buyer is part of the mobile scenario. I am struck by how relatively low smartphone use is among car buyers even as it accelerates quickly. To wit: the latest survey of recent car buyers by AutoTrader.com shows that among those who used the Internet to shop for their car, 39% used a smartphone as part of the process. That number is up from 19% two years ago. But still, 39% seems remarkably low considering the made-for-mobile aspects of car shopping.

Apparently, pre-shopping is still a dominant force in car buying, and 82% of recent car buyers used the desktop or laptop Internet for this part of the process. Notably, that figure declined from 91% two years ago. But it does indicate that on complex, high-consideration buys, the migration to mobile is  not as rapid and complete as in some other segments.

Those who are using smartphones in the process are making a division of screen tasks -- a kind of dance across displays. Sixty-five percent of that segment uses smartphones while at a dealership. We may surmise that these shoppers are using the phones for lower-funnel tasks like checking prices, inventory and reviews.

Interestingly, the tablet is becoming more of a force both in and outside of the home. More than a third of shoppers (35%) reported  reported using tablets in their shopping cycle, up from 19% two years ago. But surprisingly, a quarter of tablet car shoppers say they were using the devices at the dealership. No doubt smaller tablets are having an impact on the market, as is the ubiquity of WiFi.

Clearly heavy-duty car research is still the purview of the desktop. For car marketer and dealers, though, a smart media buying strategy requires targeting efforts across screens, with a clearer understanding of what tasks consumers are pushing to different devices.

This survey makes clear just how intense the pre-shopping process is for car buyers. Three-quarters of shoppers use the Internet for research. But the kicker is, 77% of those who walk into a dealership end up buying the car they already have in mind.

One area of opportunity in mobile is for dealers to insinuate themselves into the process. While most car shoppers use the range of third-party, manufacturer and dealer sites during the process, only 19% cited the dealer site as most useful, compared to 37% citing-third party sites, and 34% most liking OEM sites. But the dealer is the last point of contact, the likely owner of the WiFi connection, and the one who best knows his own and nearby inventory. Seems there's a missed opportunity here.