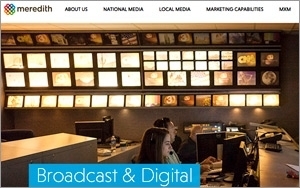 “Other revenues,” which include retransmission revenues, were up 25% to $31.8 million, with political advertising revenue at $29.3 million during the period, versus $718 in the comparable second-quarter 2014 period.

Operating profits — excluding special charges — were up 64% to $60 million. Revenues for its National Media Group segment — its magazines — grew to $116.7 million from $114.5 million.

Meredith sees similar results in the coming period for its TV stations — up 25% to 30% in its third quarter period; and up low single-digit-percentage revenue gains for its National Media Group.