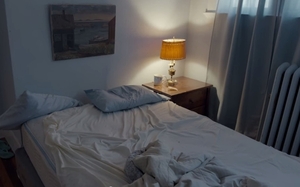 Yes, we know domestic violence and sexual abuse happen 52 weeks a year, not just during football season. But the topic gets star billing during Super Bowl week, and even more so this year: The National Football League is airing a NoMore.org PSA, which includes audio of a woman pretending to order a pizza in a 911 call, in the game’s first quarter. And it’s generating plenty of buzz about what does — and what doesn’t — work on this complex social problem.

One important shift, says Sharyn J. Potter, a sociology professor at the University of New Hampshire who researches the effectiveness of anti-violence messaging, is that more messages are moving away from the woman-as-victim and man-as-perpetrator approach, “focusing instead on bystanders. Then the issue becomes what we can all do to address this problem.”

And effectiveness really comes down to what she calls “social self-identification, just as it would in a spot for Coke or Pepsi. The more people see themselves in the campaign, the more it resonates.” Much of her research has focused on undergraduates and those in the military, so “a campaign that’s going to connect with a 19-year-old college student or a 20-year-old soldier is not going to resonate with a middle-aged football fan,” says Potter, who is also co-director of Prevention Innovations.

Some observers have been underwhelmed by NoMore’s Speechless. Not only do the wordless spots not do much to start a conversation, “these spots would have had much more impact if they used a celebrity with some connection to the cause other than acting,” says Whitney Dailey, supervisor of CSR Insights & Intel at Cone Communications. “You can get a lot of power from a credible, authentic, and relevant voice.”

We rounded up seven campaigns that experts say have plenty of impact:

This out-of-home effort, created by JWT/London for the National Centre for Domestic Violence, used five screens in a train station, letting passers drag the man away from the woman he was menacing by using their mobile phones, and is one of Dailey’s favorites: “Good PSAs all have a clear call to action, and this one let you make an impact immediately.”

Don't be that guy

A joint effort by police, hospitals and women’s advocacy groups in Vancouver, this poster campaign is a favorite of Karin Roland, campaign director for Ultraviolet, the advocacy group behind the current #GoodellMustGo campaign. “There’s a flip in the messaging here, and it refuses to make what women do or don’t do — get drunk, or whatever — be the issue,” she tells Marketing Dailey. “It’s really different.”

This spot, from the Ad Council, goes after those of us who don’t know what to do, and stars a couple tossing and turning while their upstairs neighbors are embroiled in a classic domestic abuse scenario. “This one really pulls at your heart strings, and in the final shot, while his hand hovers over the phone, you really get the 'call someone’ message,” says Dailey.

Stoned with flowers Benetton’s inspired take on the problem, in partnership with UN Women, steps far away from the women with the black eye cliché. A group of young men angrily hurl petals at a smiling woman.

Then again, the black eye isn’t just a cliché, but a powerful way to communicate how much domestic violence hurts. This award-winner from 2010, via Young & Rubicam/Chicago, for the National Domestic Violence Hotline, remains a classic.

Developed by Potter’s team at UNH, the social media effort focused on a “Step in, Step Up” message that significantly increased the likelihood that students would intervene when they witnessed violence, including stalking. It works because it suggests viable action, says Potter: “An 18 year old might not have the confidence to step in and stop domestic violence or sexual assault when they see it,” she says. “But they can dial 911 from their pocket, or turn the music down at a party.”