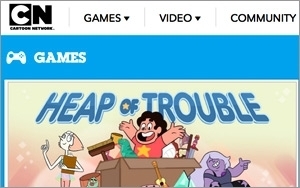 Android user Mark Ellis is asking a federal appellate court to revive a lawsuit alleging that the Cartoon Network wrongly transmitted information about him to the analytics company Bango.

He argues that those alleged transmissions violated the Video Privacy Protection Act -- a 1988 law that prohibits video rental companies from disclosing users' “personally identifiable information” without their permission.

He's asking the court to reverse a ruling by U.S. District Court Judge Thomas Thrash, Jr., who dismissed the lawsuit in October on the grounds that an Android ID isn't “akin to a name.”

Ellis says that ruling was incorrect. He argues that data that appears to be “anonymous” — like the random characters in an Android ID — can be personally identifiable, depending on the circumstances. He also says that Bango was able to match Android IDs to actual people by drawing on outside databases.

“Where one person may see just a number, Bango sees an actual, identifiable person,” Ellis argues.

“Information identifies a person when the recipient of that information understands to whom it refers,” he says in his appellate papers. “An Android ID number uniquely points to a single individual, and where -- as here -- that individual’s viewing history and Android ID number are disclosed to someone who knows from that number which individual it is, personally identifiable information was disclosed.”

(Ellis notes in his papers that Google recently prohibited app developers from using the Android ID for ad purposes. The company now offers an Advertising ID, which users can reset.)

The Cartoon Network isn't the only company to face litigation for allegedly transmitting device identifiers or other data that, standing alone, appears to be “anonymous.”

Dow Jones also was sued for allegedly sending information about The Wall Street Journal Live clips that users view — along with the serial number of their Roku devices — to the analytics and video ad company mDialog. A federal judge in Atlanta dismissed that lawsuit last week, ruling that any data allegedly transmitted to mDialog wasn't “personally identifiable.”