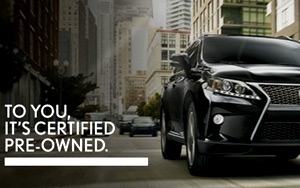 New car sales aren't the only thing booming in the auto business. Used cars in general are moving fast -- especially OEM-backed certified pre-owned (CPO) vehicles, cars and trucks coming returned from two and three-year leases, and then given multi-point fitness test before rolling out the showroom again.

There are a few factors that Edmunds.com points to as drivers for the CPO boom. One is supply side: off-lease cars, which had been in very tight supply, started trickling back to dealers a couple of years ago, as the economy improved. Also helping are low interest rates and longer term repayment schedules that entice consumers to buy more expensive vehicles.

Joe Spina, senior analyst at Edmunds.com, tells Marketing Daily that, besides the healthier economy in general, lower gas prices have helped boost overall sales, especially sales of much older used cars, including SUVs and trucks with comparatively poor fuel economy. “A few years ago there was a knee-jerk reaction: as gas prices went up, people went and bought a Prius,” he says. “And up to a couple of years ago with high gas prices, we saw a selloff of gas-guzzlers. Now gas prices have been going down people are feeling more confident.”

Spina says CPO customer is different than the average used-car buyer. “They are one step away from being a new-vehicle buyer,” he says. “They are becoming more sophisticated; they compare used versus CPO. Even though people are more willing to pay for a new car, they are looking at how much less it costs them for a CPO with a warranty.”

Despite higher average prices, the average monthly payment for used cars financed in 2014 was $370, three dollars less than the all-time high that was reached in 2007. Millennials are a growing customer base for used cars. “As new jobs and other changes in their lifestyles lead them to buy cars, Millennials are using their smartphones to find the best deals and are often choosing used over new,” observed Edmunds analyst Jessica Caldwell, in the report.