People Are Passionate About Oscar Hosts, And They'll Let You Know It 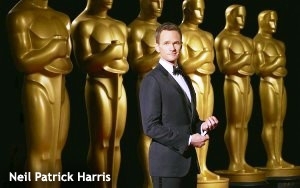 How will Neil Patrick Harris do as Oscar host Sunday night? You might not think that’s such a burning question, but you might be surprised how many people think it is.

In fact, I have found it to be one of the doggone burningest of all questions in my career as a TV columnist. In past years, when I wrote morning-after columns in which I reviewed the Oscar hosts, few columns received more passionate responses in greater numbers.

And it never mattered whether I was for or against the performances of the various hosts. If I praised them, I got hammered by those who didn’t care for them. If I criticized a host’s performance, then I got lambasted by those who enjoyed them.

Fortunately for posterity, I saved and archived readers’ reactions to my day-after Oscar columns. So today, with another Oscar telecast coming up on Sunday, with Harris as a first-time host, I thought I’d share with you some of the best of this reader mail.

On March 3, 2006, I gushed approvingly over Jon Stewart’s inaugural appearance as Oscar host. “The Academy Awards have a new king, and his name is Jon Stewart,” I wrote without apparent embarrassment in the column published in the New York Post.

“The brash, New York-based comedian from Comedy Central made the finest debut as host of the Oscars since Billy Crystal undertook the role in 1990,” I declared. “It was all in the delivery… [Stewart] came across as relaxed, bemused and self-deprecating.”

Readers disagreed. “You’re just as big an idiot as he is!!” wrote one reader who scribbled his or her opinion on a light blue Post-It note and mailed it to me unsigned along with the column that had been cut out of the newspaper.

“I don’t know what you were smokin’, drinkin’ or whatever but John Stewart SUCKED!!!” wrote another reader in a morning-after e-mail.

“I think you had one too many,” said another who also questioned my sobriety.

“You must be a relative of Stewart’s!” wrote one reader.

“Your article was a suck-up piece,” wrote another.

“Did we actually watch the same show? Are you on another planet?” asked another.

In a reply e-mail to this last correspondent, I asked, with noticeable exasperation: “Is it really that important?”

On Feb. 26, 2007, I critiqued Ellen DeGeneres’ debut as Oscar host. I was lukewarm about her performance, but even more than that, I felt the telecast’s producers didn’t give her enough to do. As a result, she didn’t make much of an impact.

“It was almost as if there was no host at all,” read the lead sentence of this column. “Ellen DeGeneres’ role last night in her first outing as host of the Academy Awards was so infinitesimal, it makes you wonder why they even have a host.”

I then went on to describe the telecast generally as “the dullest, most bloated Academy Awards ever.” I also happened to mention that Ellen was dressed in a “mannish velour tuxedo” and some readers took issue with my use of the word “mannish.”

“What’s with the mannish suit comment?” asked one reader who then commented on the photo of my face that accompanied my columns. “It did not look mannish to me, but I do think your overbite is feminine, your nose looks babyish and your face is shaped like my grandmother’s.”

“Adam, did you even watch the broadcast?” asked another.

“How do critics get gigs? Who nominated YOU? You people jump up and bitch before the thing is even dry. … Up yours, pal. Shut up,” advised another reader.

“You are an unbelievable hack,” wrote one reader with admirable brevity.

“The only thing that’s dull is the s--t in your head, you loser,” wrote another reader who would brook no criticism of the Academy Awards.

“Your taste is up your ass!” declared one reader -- with questionable taste, I might add.

“You are sooooo [sic] bitchy! She was great. What have YOU done lately. Ellen rocks and Adam, well, doesn’t,” wrote another.

To which I replied lamely: “I do too rock!”

On Feb. 25, 2008, I wrote another assessment of Stewart, who was back again as host. This time around, I was less enamored of him. “In his second go-round as Oscar host, the cable comic delivered an opening monologue that consisted of the kind of stuff Jay Leno delivers every night on ‘The Tonight Show’,” I wrote dismissively. “Very little of the comedy produced by Stewart was memorable.”

“He was flat-out funny!” declared one reader who disagreed. “You came off very out of touch with today’s humor,” he accused me.

“I do not know you, but I would have to guess you are the kind of person that finds fault in everything,” wrote another frustrated reader, who had dug straight to the core of what a critic really is.

He got no argument from me.

academy awards, awards show, tv
4 comments about "People Are Passionate About Oscar Hosts, And They'll Let You Know It".
Check to receive email when comments are posted.
Read more comments >
Next story loading