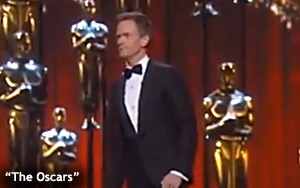 While “Birdman” won all the little gold men, on Sunday night, it wasn’t the Oscars’ only star.

On social media, Coldwell Banker stole the show on Facebook, and was among the Top 5 most mentioned brands on Twitter, according to social analytics firm Engagement Labs.

Playing to peoples’ soft spot, the real estate company inspired a collective “awwww” with its "Home's Best Friend" campaign. Social media users couldn’t contain their enthusiasm for the TV spot, which featured dogs that have found homes with the help of Adopt-a-Pet.com.

Another brand that won the night with a positive, caring message was Anheuser-Busch’s Stella Artois. After promising to provide potable water to women in developing countries, the beer maker shot to second place on Facebook as well as Twitter.

Stella’s success is not surprising considering that marketers like to refer to the Academy Awards as “the Super Bowl for women.”

Like the Super Bowl, it has become customary for brands to compete for a share of social media voice during popular live events, which focus the attention of millions of consumers.

“Brands have the opportunity to capitalize on this second-screen experience by leveraging what’s trending in the live broadcast through their own social channels,” said Bryan Segal, CEO of Engagement Labs.

Among big winner, on Sunday night, Netflix showed other brands how to make the most of big live events, said Segal. “Throughout the awards ceremony, Netflix engaged with their followers about the movies that won or were nominated that are available on their platform.”