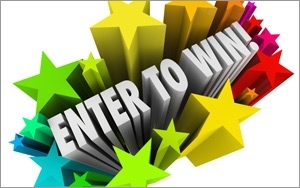 An online site operated by the Boy Scouts of America as part of a sweepstakes didn't comply with the ad industry's self-regulatory guidelines, the Better Business Bureau's Children's Advertising Review Unit said on Wednesday.

Magazine ads for the Boy Scouts' “Cybersearch Mega Contest” -- which offered entrants the opportunity to win a $100 gift card -- directed users to Boyslife.org/cybersearch, according to a written opinion issued by the self-regulatory group.

Once users arrived at the contest site's home page, they were able to enter the contest by providing a first name and email address.

But that page didn't disclose the odds of winning, according to the BBB. Instead, it offered a link to a separate “official rules” page, which notified visitors that only one contest entrant would win the gift card.

The self-regulatory group found fault with that design. “In order to ascertain the odds of winning, children would have had to actively seek them out by wading in and clicking through to another page on the site to where the Sweepstakes’ Official Rules were located,” the Children's Advertising Review Unit wrote in its opinion.

“It is the promotional or advertising copy about entering the sweepstakes that entices children to enter and it is near such copy that the chances of winning and the prizes must be clearly explained,” the organization said, adding that many children won't click through to learn the details.

The self-regulatory organization also found fault with the Boy Scouts' disclosures in magazine ads. They contained the phrase “many will enter, one will win,” but only at the bottom of the page “in extremely difficult to read mice-type,” the opinion says.

The Children's Advertising Review Unit said the disclosure's “lack of proximity, as well as the fact that it was difficult to read, made it less likely that children would be able to see it.”

The Boy Scouts says that in the future, it will “use its best efforts” to clearly and conspicuously disclose the odds of winning the CyberSearch Sweepstakes.