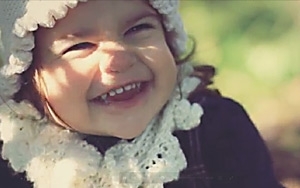 Canon is looking to make life’s seemingly mundane moments into something epic, with its latest version of its crowd-inspired “Project Imagination” series.

“This time, we’re really bringing it to the average person,” Michelle Fernandez, director of marketing for ITCG camera and video at Canon, tells Marketing Daily. “Those everyday moments will inspire the picture that Ron Howard and Josh Hutcherson will turn into a film.”

Canon began accepting submissions earlier this week on the company’s “Imagination” home page. To inspire consumers, the company has created its own 45-second trailer about the project that uses everyday footage from everyday consumers. The site also includes tips from Howard about creating an engaging trailer. In addition, the company is running a traditional video ad highlighting a film called “The Orchard.” The commercial depicts a toddler picking apples while a voiceover intones dramatically, “This is a story. About a girl. Picking apples. On a Sunday afternoon. Before she eats them.”

For those who are a little more iMovie challenged, Canon has also created a tool that will help people turn their everyday videos and photos into trailers. Grey New York, Canon’s agency, is handling creative and digital elements for the latest Project Imagination promotion.

This is the third iteration of Canon’s Project Imagination promotion. In 2011, Howard took inspiration from eight fan-submitted photos to develop a short film directed by his daughter Bryce Dallas Howard. The next year, the company used 91 fan-submitted photos to enable 10 people (five celebrities and five consumers) to create 10 films. This year’s version is to show how average people can tell epic stories.

“We forget that everyone today is not just a creator. We’re all natural storytellers,” Fernandez says.