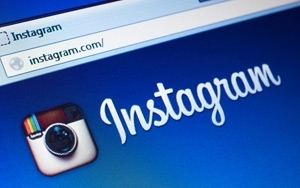 Despite efforts to broaden its mass-market appeal, Twitter’s user growth will continue to slow, while Instagram will keep taking social-media market share.

That’s according to new research from eMarketer, which boils the issue down to user-friendliness.

“The simplicity of [Instagram] is what is most appealing,” according to Debra Aho Williamson, principal analyst at eMarketer.

Indeed, the Facebook unit is primarily driven by pretty pictures, which, as they say, are each worth a thousand words. Twitter, by contrast, is largely based on words, which -- in the context of a tweet -- can more easily be perceived as pointless, repetitive, annoying, and in many cases offensive.

Partly as a result, Instagram surpassed Twitter to become the second-largest social network in the United States, in 2004.

Last year, Twitter's U.S. user base grew 12.1% to reach about 48.4 million users -- while user growth should fall into the single digits this year, eMarketer estimates. By contrast, the number of U.S. Instagram users increased nearly 60% in 2014, bringing the social network’s domestic monthly user base to 64.2 million people, according to eMarketer.

By 2018, Instagram's U.S. user base will surpass 100 million, at which point growth will finally begin tapering off, eMarketer predicts.

At present, Instagram’s user base is dominated by teens and millennials. Through 2019, a majority of the network's users will be between the ages of 12 and 34.

This year, 20.3 million U.S. Instagram users -- or 26.2% of the total -- should fall within the 25-to-34 age group. According to eMarketer, that group will maintain the largest share of Instagram’s total audience throughout its forecast.

The highest penetration, however, will remain in the 12-17 age group, the research firm notes. In fact, 61.9% of all U.S. teens will use Instagram regularly this year, and by 2019, nearly three-quarters of all U.S. teens ages 12 to 17 will be on Instagram.

Increasingly, Instagram will face more competition from emerging social networks like Snapchat. Yet Instagram's straightforward and simple content feed will continue to have wider appeal across all demographics, Williamson said.