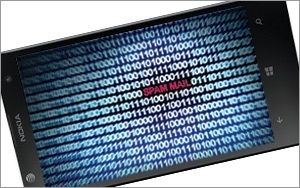 In paperwork filed this week with the 9th Circuit Court of Appeals, Glauser indicates that the appeal will focus on how to define automated dialers for purposes of the anti-spam law.

Glauser alleged in his complaint that GroupMe sent him several unsolicited messages from a poker group, including an initial welcome text. One message, from “Mike L.,” notified Glauser that he had been added to the poker group. Subsequent texts included information about plans for scheduling a poker game. He argued that the initial welcome message violated the federal law.

“Plaintiff has failed to raise a triable issue of fact as to whether defendant’s texting equipment had the capacity to dial numbers without human intervention, as required to be considered an 'autodialer,'” she wrote in the decision.

Questions about how to define automated dialers are at the center of several pending text-spam lawsuits, including a closely watched case against Yahoo.

U.S. District Court Judge Judge Michael Baylson in the Eastern District of Pennsylvania ruled in Yahoo's favor last year, when he granted the company summary judgment on the grounds that the company's system isn't an automated dialer.

Baylson specifically ruled that there was no evidence that Yahoo's dialing system “had the capacity to randomly or sequentially generate telephone numbers.”

An appellate panel is now considering whether to reinstate Dominguez's lawsuit.