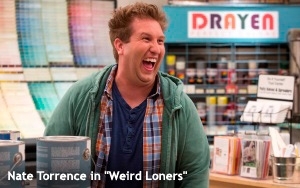 The Tuesday night comedies "New Girl" and "The Mindy Project" have been a problem for Fox, despite the affection showered on them by some critics and some viewers (but clearly not enough of the latter).

Among those not enamored with these two sitcoms are Fox affiliates. While they are happier about Fox prime-time programming this season than they were during the last few seasons (thanks to "Empire," most notably, but also other shows such as "Gotham" and "Sleepy Hollow"), I have it on good authority that the weakness of these two Tuesday night comedies still sticks in their collective craw.

With "Mindy" now gone (there’s no word yet on whether this show is coming back next season, but I have a feeling the affiliates will hold a celebration if it doesn’t), Fox is trying out a new comedy in the 9:30 slot starting tomorrow (Tuesday, March 31).

This new one is called "Weird Loners" and it’s about four misfits in Queens, N.Y. -- two men and two women -- only one of whom comes close to fitting the show’s ‘"weird loner" profile.

And that all depends on how you personally define the term "weird loner." For me, a "weird loner" would be someone like Ted Kaczynski, the Unabomber, but I recognize that making a sitcom about him would not be such a great idea.

The four 30-something "weird loners" in this show are not really all that weird anyway, just socially inept. But a title like "Socially Inept Loners" would not be a good title at all, so "Weird Loners" will have to do.

The most believable of these “weird loners” is the one played by Nate Torrence. He plays Eric Lewandowski, a toll collector on an unspecified bridge or tunnel in New York City. An only child, he lived with one or both of his parents well into adulthood, right up until the sudden death of his elderly father while the two were watching a Mets game on TV. This occurs in the premiere episode.

The other three are "Zara" (Meera Rohit Kumbhani), a free-spirited artist, "Stosh" (Zachary Knighton), an employed salesman and serial lothario, and "Caryn" (Becki Newton), a dental hygienist. I hate to be superficial (I really do), but these three would all seem to be too good-looking to be lonely for long. To get around this, they've had various flaws built into their characters -- the point being, I suppose, that they are "loners" despite being endowed with good looks.

The toll collector’s a loner, though, for more organic reasons -- namely, that he has never formed a close bond with anyone in his entire life other than his parents. As it happens, this Eric character, as played by Torrence, is the most interesting character of the four -- a great performance by an actor you’ve seen for years in supporting roles in movies and TV shows (his notable recent comedies include "Super Fun Night" on ABC and "Hello, Ladies" on HBO) plus TV commercials.

I really liked him in this "Weird Loner" show (I watched the first two episodes on a preview DVD provided by Fox) and for his sake as much as my own, I wouldn’t mind seeing "Weird Loners" stick around for a while.

Whether "Weird Loners" will emerge as an answer to the lead-in prayers of Fox affiliates is something I lack the expertise to predict. Fox has not exactly been hitting home runs this season with its comedies. You may or may not recall the misfire called “Mulaney,” which premiered last fall. But the network’s most recent new comedy, "The Last Man on Earth" starring Will Forte, is looking more hopeful than "Mulaney" ever did.

Come to think of it, the Forte character, at least in the early going of that show, was a real weird loner. Maybe the weird loner from "The Last Man on Earth" should be paired somewhere on the schedule with these new “Weird Loners,” perhaps on Tuesday nights next fall.