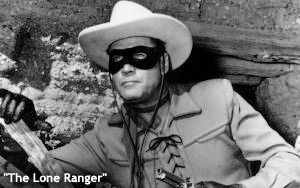 What’s the oldest show on TV?

I am not referring to shows that are still in production and on the air such as “Meet the Press,” for example. That show has been around in some form or another since 1947.

I’m referring to the oldest show or shows that you can still watch on TV in their original form from the dawn of the television era. It’s an intriguing question because, at the present time, there are more vintage shows airing on TV than at any other time in recent memory -- if ever.

They're airing principally on three channels: MeTV (Memorable Entertainment Television), Antenna TV and Cozi TV. MeTV went national in 2010, Antenna TV in 2011, and Cozi in 2013. The three channels represent a vintage-TV boom born from a timely combination of technology and economics. Although they’re widely available via cable and satellite services across the country, all three channels are, at heart, local digital subchannels -- so-called “diginets” -- created by existing broadcast stations to fill new space on the digital spectrum that became available in the wake of the TV industry’s conversion to digital transmission in 2009.

MeTV is a subchannel of WCIU-TV, Chicago. Antenna TV, also based in Chicago, sprang from the Tribune Broadcasting group of stations. New York-based Cozi TV is a joint creation of the NBC-owned station group.

They have each bought up the rights to a slew of old shows, some of which had not been seen in decades. Many of the shows could reportedly be had for bargain-basement prices, so the economics made sense for these stations to establish themselves as new destinations for what you might call "oldies television."

From what I can figure out, the oldest show seen on any of the three vintage-TV diginets is probably “The Lone Ranger,” which dates back to 1949. “Hopalong Cassidy” dates from around the same period, but some of the earlier episodes were produced for movie theaters, not television. Both are seen today on Cozi, whose vintage-TV stockpile ranges from “The Dick Van Dyke Show” (1961-66) to “Magnum P.I.” (1980-88).

Which brings me to another source for vintage TV shows that I came across recently, a Web site called RerunCentury.com run by a man named Bob Poulsen who has curated hundreds of hours of TV shows from all over the Internet whose rights have passed into the public domain. On a recent visit to this site, I watched an episode of “The Life of Riley” (1949-50) and then an episode of “The Walter Winchell Show” (dates unclear) -- two old shows I never expected to actually see in my lifetime.

In fact, RerunCentury is such a rich treasure trove of old TV shows that I’m almost afraid to visit it often -- it’s that addictive. But it’s good to know it’s there, and that the maintenance of our collective TV heritage is in the hands of people such as Bob Poulsen and the folks at MeTV, Cozi and Antenna TV.