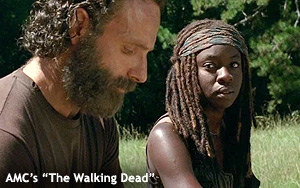 Siding with AMC, a federal judge has dismissed a lawsuit accusing the company of violating a video privacy law by disclosing information about users to Facebook.

The decision stemmed from a lawsuit filed last August by Ethel Austin-Spearman, who alleged in her lawsuit that she watches The Walking Dead online. Austin-Spearman contended that AMC violates the Video Privacy Protection Act by disclosing her identity and information about the shows she watched to Facebook via the “like” button.

That law prohibits video providers from knowingly disclosing personally identifiable information about subscribers to a video service without their written consent.

U.S. District Court Judge Naomi Reice Buchwald in New York said in a ruling issued last week that Austin-Spearman couldn't proceed because she didn't allege that she had an “ongoing relationship” with AMC.

“According to the complaint, she did not pay AMC for the content on its free website, nor did she 'sign up,' register for an account, establish a user ID or profile, download an app or program, or take any action to associate herself with AMC,” Buchwald wrote in a decision dismissing the lawsuit. “Such casual consumption of web content, without any attempt to affiliate with or connect to the provider, exhibits none of the critical characteristics of 'subscription.'”

AMC isn't the only company to recently face claims that it violated the 27-year-old video privacy law, which was passed after a video rental store provided a reporter with the movie rental records of Supreme Court nominee Robert Bork.

Hulu, The Cartoon Network, CNN and Dow Jones all have recently been hit with lawsuits alleging violations of that law.

So far, Hulu, the Cartoon Network and Dow Jones have prevailed -- but for different reasons than AMC.

Earlier this month, U.S. District Court Judge Laurel Beeler in the Northern District of California ruled that Hulu didn't violate the video privacy law by allegedly transmitting data about Facebook users to the company. Beeler said in her ruling that the Web users who sued couldn't show that Hulu knew the “like” button could transmit information about users to the company.

The Cartoon Network and Dow Jones won the cases on the grounds that they didn't transmit personally identifiable information to third parties. Consumers in both of those cases alleged that the companies wrongly disclosed device identifiers, combined with information about the videos people watched, to analytics outfits. The legal dispute centered on whether device identifiers -- an Android ID in the case of the Cartoon Network and a Roku ID in the Dow Jones matter -- should be considered personal information.

Trial judges sided with the companies, ruling that device identifiers aren't personally identifiable because they don't, in themselves, provide clues to users' names. Web users are appealing those decisions.