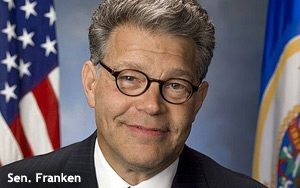 Comcast's proposed $45.2 billion takeover of Time Warner Cable would result in “higher prices, fewer choices, and poorer quality services,” a coalition of senators says in a letter to the Federal Communications Commission and Department of Justice

The lawmakers are asking regulators to block the deal, arguing that it would leave Comcast with too much power over broadband and other forms of communication.

“With 57 percent of the broadband Internet market and 30 percent of the cable market, Comcast-TWC would have an ability to defeat competing TV and Internet companies and stifle American innovation across the industry,” states the letter, sent today and signed by Sens. Al Franken (D-Minn), Bernard Sanders (I-Vt.), Ed Markey (D-Mass.), Ron Wyden (D-Ore.), Elizabeth Warren (D-Mass.), and Richard Blumenthal (D-Conn.).

They add that Comcast's ownership of NBCUniversal gives the company “incentives and means by which to extract higher prices from other multichannel video programming distributors and prioritize its own programming over that of competitors.”

Comcast says that the deal will result in better video and broadband for consumers. The company says its broadband connections are 25% faster than Time Warner's, and that it has twice as much video on demand as Time Warner.

The lawmakers estimate that Comcast will control 57% of U.S. broadband connections is based on the FCC's new definition of broadband as Internet speeds of at least 25 Mbps. Comcast's numbers come from a report by the Leichtman Research Group, which looked at broadband subscribers in the U.S. at the end of last year, before the FCC revised the definition upward.

The letter from Capitol Hill comes just days after reports surfaced that staff at the Justice Department are leaning toward opposing the merger. Comcast reportedly is slated to meet this week with officials from the DOJ, in hopes of salvaging the merger.

One concern raised by opponents of the deal is that Comcast could use its broadband footprint to harm online video companies. Writing this week in Medium, broadband policy expert Susan Crawford says that the deal would provide Comcast with “innumerable opportunities to squeeze online companies.”

She adds: “Every element of the Comcast network provides an opportunity for control and rent-seeking... Comcast can use data caps and other pricing mechanisms to make life miserable for online businesses that aren’t willing to play along.”

Comcast currently imposes data caps in some markets, starting at 300 GB per month, with each additional 50 GB costing an extra $10.