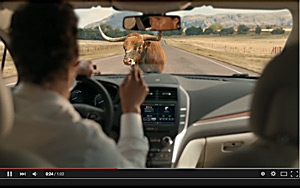 A new report from Comcast’s video ad management company, FreeWheel, says "authenticated" viewing from MultiVideo Program Distributors (MVPDs) now accounts for 57% of all long-form and live viewing for the first quarter of 2015 versus the period a year before.

FreeWheel says this viewing is up more than threefold versus a year ago. Authenticated viewing refers to traditional TV programmers/
distributor efforts around TV Everywhere -- where users need to have a traditional monthly pay TV video service from a cable, satellite or telco operator to access mobile/Internet apps.

FreeWheel noted that online video advertising views are up 43% and video views are 40% higher, year-over-year. Overall, long-form on-demand and live programming are 50% and 140% higher, respectively.

Digital pure-play publishers' video ad views are 80% short-form of all their content; 9% long-form and 3% live. Traditional TV-video programmers supply get 35% of their video ad view from long-form, 33% from short-form and 25% from live.

FreeWheel says that 83% of live streaming video ad views come from sports, 11% news and 7% entertainment content. With regard to on-demand: 23% of video ad views are from documentary/reality content; 18% scripted drama; 17% music/trailers; 13% news; 13% sports; 10% comedy and 5% other.