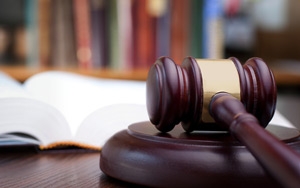 "Free and open public discourse regarding merchants, the products and services they offer, and the prices for which they are offered is protected by well-established legal principles," RetailMeNot says in papers filed with the U.S. District Court in Dallas.

"Mary Kay apparently believes that RetailMeNot ... violates the law when it publishes information about Mary Kay and its product offerings such as descriptions of the types of deals offered by Mary Kay’s own representatives on marykay.com."

Mary Kay said in its court papers that it doesn't sell products to consumers through its Web site. Instead, the company said it sells products to independent "beauty consultants," who sell the company's makeup to their customers.

The cosmetics company argued that discount codes allegedly displayed by RetailMeNot dupe consumers into believing that it has a relationship with Mary Kay, and trick people into thinking that merchandise can be purchased directly from Mary Kay.

For its part, RetailMeNot says in its new court papers that it has a free speech right to mention companies by name. “If Mary Kay’s legal theories are correct, and a brand owner like Mary Kay could unilaterally shut down RetailMeNot’s ability to reference merchants and brands by name, then millions of RetailMeNot users would lose the ability to turn to RetailMeNot for online coupon and deal information,” the online company says.

RetailMeNot's coupons come from a variety of sources, including retailers, brands and consumers. It's not clear who submitted the alleged Mary Kay codes at the center of the lawsuit.

It's also not clear at this point whether the discount codes work. The answer to that question could be critical, ad law expert Douglas Masters of Loeb & Loeb previously told MediaPost. He said that if the codes were submitted by retailers (or contractors) who honor the discounts, Mary Kay could have an uphill battle in court.