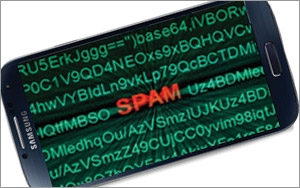 Mobile social networking service Path has agreed to settle a lawsuit accusing it of sending unwanted text messages to people, according to new court papers.

Details of the proposed settlement, including financial terms, haven't yet been disclosed.

The settlement will resolve a class-action lawsuit dating to 2013, when Illinois resident Kevin Sterk alleged that he received a text message stating that another person -- Path user Elizabeth Howell -- wanted to show him photos on the service. The text also contained a link to a site where Sterk could register to join the service.

Sterk, who is seeking class-action status, argued that Path violated the Telephone Consumer Protection Act by sending him the message. That law prohibits companies from using automated dialers to send SMS ads without the recipients' permission.

Earlier in the case, Path asked U.S. District Court Judge Samuel Der-Yeghiayan to dismiss the lawsuit on the grounds that the company's texting system doesn't use “automated dialers.” The company said its system only sends SMS messages to people whose phone numbers were provided by users. Path contended that “human intervention” -- users' uploading of their friends' numbers -- means its system isn't an automated dialer.

In December, the 7th Circuit Court of Appeals refused to allow Path to immediately appeal that decision.

In an unusual twist, Sterk withdrew the lawsuit from federal court late last week, in order to settle the dispute in state court in Cook County.

Sterk's attorneys said in court papers that the shift to state court was spurred by the U.S. Supreme Court's recent decision to hear Spokeo's appeal in a lawsuit involving a separate consumer protection law -- the Fair Credit Reporting Act.

In that matter, Spokeo -- a “people search engine” that lets users search for information about individuals -- argues that it shouldn't be required to face a federal lawsuit over inaccuracies in its results, without proof that the errors were harmful.

“While the parties have reached a class-wide settlement, Defendant is concerned that the outcome of the United States Supreme Court’s recent grant of [review] in Spokeo ... might divest this Court of subject matter jurisdiction over the instant action before the proposed settlement is effectuated,” the Edelson law firm says in its court papers. Jay Edelson, founder of the firm, also represents the consumer who is suing Spokeo.

The same day that Path said in court papers it had agreed to settle the case, it confirmed the sale of its social networking app to South Korean company Daum Kakao.