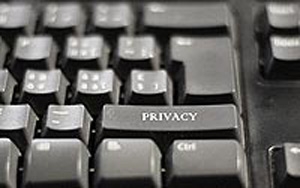 Yahoo wants an appellate court to block consumers from bringing a class-action privacy suit over the company's email scanning practices.

In papers filed on Wednesday, Yahoo argues that the consumers aren't entitled to class-action status, because the key issue in the privacy dispute -- whether people consented to the email scans -- will require individualized assessments. The company is asking the 9th Circuit Court of Appeals to immediately review a decision by U.S. District Court Judge Lucy Koh in the Northern District of California, who ruled late last month that the consumers could proceed as a class.

The dispute dates to 2013, when four Web users -- Cody Baker, Brian Pincus, Halima Nobles, and Rebecca Abrams -- alleged that Yahoo violates email users' privacy by scanning their messages in order to surround them with ads. They say that Yahoo violated the federal wiretap law and a California privacy law by allegedly intercepting messages without the consent of both the sender and recipient.

Yahoo argued to Koh that the dispute doesn't lend itself to class-action treatment, asserting that questions about whether people agreed to the email scans need to be decided on a user-by-user basis.

Koh rejected that position, ruling that the consumers raised the kinds of “common” questions that don't require separate determinations for every affected Web user.

Yahoo now argues to the 9th Circuit that Koh's decision was wrong and should be immediately reversed.

“Consent is a central issue in this case,” Yahoo says in its newest court papers. “A class member who has consented to Yahoo’s practices has no claim... Yet determining who has not consented (and thus is part of the class) requires an individualized, fact-specific inquiry.”

Yahoo also argues that it won't be possible to identify every non-Yahoo Mail user who exchanged email messages with Yahoo account holders.

“Plaintiffs sought certification of a sprawling class of unidentifiable non- Yahoo Mail subscribers who have emailed or may in the future email Yahoo Mail users. Yahoo does not have records that would even provide a way to identify each and every non-Yahoo Mail subscriber that has sent an email to or received an email from a Yahoo user,” the company says.

Last year, Koh refused to allow a group of Web users to proceed as a class in a privacy lawsuit involving Gmail. Web users in that matter argued that Google violated privacy laws by scanning messages in order to surround them with ads.

Koh ruled in the Gmail dispute that the consumers could proceed with their allegations, but refused to allow them to do so in a class-action. Instead, she said they could only proceed as individuals. The users settled their dispute with Google soon after that decision.