Lexus L/Studio Tackles New Territory With 'It Got Better' 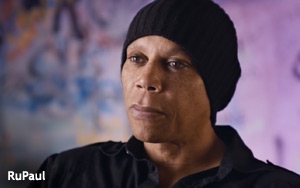 A core program of Lexus branded content business, one that Lexus has kept onstage since 2008, is L/Studio, a digital interview-video channel. It all started with “Web Therapy,” starring Lisa Kudrow playing a fictive therapist Fiona Wallace, who does three-minute sessions with actors. The automaker has changed up the production partnerships, and therefore the thematic templates, over the years. Series have included “Friendship All-Stars” from Seth Green, and the mock-umentary live-action series “Cop Show” starring Colin Quinn.

New this year is a partnership with Relativity Digital Media, which is helping develop content for L/Studio along with the automaker's AOR Los Angeles-based Team One Advertising. Also new is season two of “It Got Better,” features interviews with well-known LGBT Americans who talk about how they have overcome challenges in their lives to reach the pinnacle of their fields.

Lexus’ marketing manager, Brian Bolain, tells Marketing Daily that L/Studio delivers a fairly reliable 300,000 to 500,000 video views per month, and that viewers are typically 20 or more years younger than typical Lexus buyers. As far as where consumers are watching L/Studio content, Bolain says it's three even slices between desktop, mobile and tablets.

Lexus downplays its brand in the series. The videos are bookended by Lexus imagery, but “you have to look at the fine print to see it's L/Studio by Lexus. We also don't push too much; when there are new episodes we promote it in social,” says Bolain. He adds that the site is not for pitching product. “We can't talk cars all the time because people don't think about cars all the time.”

Bolain says the company last year decided to do an LGBT series, which extends the “Web Therapy” motif, because of the studio's past relationship with Kudrow. “She and [“Web Therapy” director Don Roos] approached Lexus 18 months ago and proposed the series. We were keen on it because we have been active with LGBT for years.” Also important: many of the people who have been the focus of interviews, like O’Donnell and RuPaul, come with a big following of their own. “So It's another way we are able to get a lot of people [engaged with the brand] by virtue of social. That partners we choose to work with, and teams they put into place as directors, drive the conversation -- we don't have to.”

He says L/Studio gives a lift to Lexus’ efforts to bring in new buyers to the sports and performance sedan lineup, including the RC coupe, IS sedan, and GS mid-size sedan. “They skew male, typically early forties on average. So it's nice to have an outlet to cultivate that audience.”