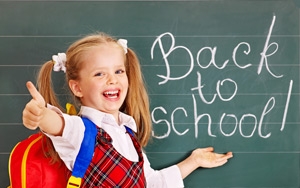 With more than 34% of families already doing their back-to-school shopping, retailers can expect some surprisingly healthy sales in the weeks ahead. And while 83% of purchases happen in physical stores, the International Council of Shopping Centers says unexpectedly strong mobile trends (not to mention fiercer fashion leanings) are driving results.

Some 67% of consumers included in the survey say they plan to spend more this year than last, a significant leap from 50% last year. “We weren’t expecting such a big bump. As we’ve moved out of the recession, confidence in the recovery has taken hold,” Jesse Tron, spokesman for ICSC, tells Marketing Daily.

And while they are increasingly deal-driven, he says mobile represents the largest change in shopping behavior. “That shoppers are webrooming is no surprise, but what’s different is that 79% are now using mobile to do so. They are comparing prices, reading reviews, asking friends’ opinions and checking inventory levels when they are right there in the store. That represents a big opportunity for retailers and shopping centers.”

Burgeoning ship-to-store options, which 7% of its sample says they intend to use, also offer big wins. “For consumers, the advantage is that they don’t have to pay shipping costs. But for retailers, the gains are that almost 80% of those people say they plan to do additional shopping when they pick up their items.”

The research also finds that consumers rely on marketing for motivation, with 74% saying they start to shop when they begin to see back-to-school campaigns.

“Replacing worn items” is still the major reason people shop for BTS items. But Tron says this year the drumbeat of fashion is playing a bigger role, with12% of respondents saying they intend to spend more to keep up with trends.

“Most people view BTS spending as essential,” he says, “and parents don’t see much choice when it comes to things like books, pencils, backpacks and computers. But fashion is becoming more important, especially in families with older and college-aged kids. And it’s extending the shopping season because they are waiting longer to see style trends develop before making their purchases.”