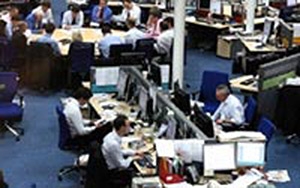 Although newspaper publishers often claim they try to leave newsroom layoffs for last, in recognition that editorial talent is central to newspapers’ long-term value, the numbers tell a rather different story.

Over the last decade, newsroom headcounts have fallen in almost exactly the same proportion as the broader newspaper workforce, putting reporters in the same boat as sales, production and distribution staff.

According to the American Society of News Editors, which carried out an annual census of newsrooms along with the School of Journalism and Mass Communication at Florida International University, total newsroom employment fell 10.4% from 36,700 full-time journalists in 2014 to 32,900 in 2015. Taking a longer view, total newsroom employment has fallen 42% from a peak of 56,400 in 2001 to the present figure.

Over the same period, total employment in the newspaper industry, across all categories, fell 47% from a peak of 435,400 in 2001 to 228,900 in 2014, according to the latest available figures from the Bureau of Labor Statistics, a division of the U.S. Department of Labor.

Minorities made up a significantly larger proportion of editorial staff at the new generation of online-only news sites, representing 19.2% of the total workforce at 47 organizations surveyed.

Despite the overall decline, there were a few bright spots in the ASNE report. The number of newsroom employees at big regional newspapers and metro dailies, with daily circulations from 250,000-500,000, jumped 14%, while newspapers with circs under 5,000 saw their total editorial staff figure increase 15.9%.