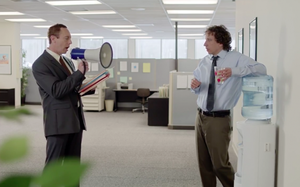 It’s every advertising agency’s worst nightmare: Despite paying less attention to GEICO and Progressive advertising, consumers are still doing the same amount of business with the companies, according to YouGov BrandIndex.

Since July 2013, both GEICO and Progressive Insurance have seen their advertising awareness steadily decrease among consumers likely to buy insurance over the next year. Yet despite a clear decline in long-term ad awareness, business seems to remain unchanged in two of YouGov BrandIndex's key revenue-oriented metrics.

Scores in both Purchase Consideration and Current Customer have been holding steady during that time. Purchase Consideration measures the percentage of consumers who would consider a brand the next time they are purchasing insurance. Current Customer measures the percentage of consumers who currently have a policy with the brand.

“This category invests pretty heavily in advertising, and spend levels seem to be consistent or are even drifting up during the time period,” YouGov BrandIndex CEO Ted Marzilli tells Marketing Daily. “One conclusion is that it is increasingly harder to break through the clutter. The QSR segment is another category that invests heavily in advertising and where brands face similar challenges.

While the results would seem to indicate that the brands could ease up on advertising without sacrificing sales, for an individual brand, decreasing spend is a tough decision, Marzilli says.

“That reduces clutter, yet perhaps makes it easier for your competitors to break through with their messaging (assuming they continue to spend),” he says. “The real challenge is to develop compelling campaigns, keep them fresh and target the right consumers at the right time.”

It is entirely possible that after very long-running campaigns such as GEICO’s Gecko and Progressive’s Flo, these ads become "part of the wallpaper," like background music, and don't have the same resonance they once had, he says.

“It's a hard challenge in a category like insurance where the product itself is not one that is particularly exciting for the average consumer,” Marzilli says.

In July 2013, 67% of potential insurance customers said they were aware of GEICO ads over the past two weeks. By August 2015, that percentage had dipped to 50%. Over the same time frame, Progressive started with a 56% ad awareness, and are currently at 47%.

Both brands still score more than double the broader property and casualty insurance sector, which shows a more modest decline in ad awareness.

However, diminishing ad awareness has not meant a corresponding impact on purchase consideration or current customer levels. GEICO has held steady over the past two-and-a-half years, with 18% of potential insurance customers considering buying from them, while Progressive shows an uptick from 16% to 17%.

GEICO's Current Customers score is flat, with 10% being current insurance holders with them, while Progressive has increased from 8% to 9% over the past 30 months.

YouGov BrandIndex interviewed 50,000 people who are in the market to purchase insurance over the past two-and-a-half years for this research.
Next story loading