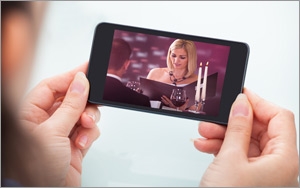 Google confirmed Friday that the company is not testing video ads in search results. While rumors of this seem greatly exaggerated, it may seem like a good idea for brands in automotive or entertainment, but it could become too much of a drag on bandwidth and resource.

Four years ago, Google did test expandable search video advertisements in search query results. The ad units were called Media Ads, a paid-search ad unit guaranteed to appear at the top of the query results page, as reported in MediaPost's Online Media Daily in 2011.

At the time, Media Ads were only available to movie studios -- but Adam Stewart, Google director of media and entertainment, speaking at a ThinkMovie event in Hollywood, said the company would likely test the format with others in time.

More than a handful of search experts at advertising agencies, global and local, were not familiar with the tests when SearchBlog asked for their opinion.

Scott Linzer, SVP and managing director at Ecselis, a Havas Media company, has not seen or heard of any video ads serving in search results. "If [Google was] to start doing it, we would be interested in testing it, as there could be interesting possibilities for brand awareness as well as engagement," he said.

Apparently, Linzer and clients will need to wait because Google is not testing video ads in search at this time. "We've experimented with a number of different video search formats over the years, but don't have anything specific we're launching right now," said a Google spokesperson.

Google Shopping does support a 360-degree view of products, along with the ability to compare prices and search for the available product nearby.

No doubt, video ads have become more popular. Last week, Facebook said it would expand on the types of formats available to advertisers in its Audience Network, adding native auto-play video ads.

Latency remains one of the biggest issues with running video in search advertisements serving in engine query results. Videos take up a lot of bandwidth, and many computers and mobile devices just cannot handle the speeds required for videos to run smoothly and pages to serve quickly, even those that the user initiates by clicking on the ad unit.

Linzer said any possible latency would become something that would require a closer look by the bidders and the agencies, the bid tools, and the engines, as there could be theoretical impacts to quality score and cost per clicks.

Then there's the issue of accidental clicks on mobile's small screen. How would Google make sure those clicks were not accidental? TrueView requires the viewer to watch the video for a specific amount of seconds before being charged for the view. Google might need to create a hybrid model that would incorporate TrueView's pricing model with confirmed clicks and pay per click.

In June, Google began blocking clicks for images to close to the edge by identifying on mobile the image border as an area prone to accidental clicks when users try to click or scroll to adjacent content. The changes also ensured that ads only become clickable after they have been onscreen for a short period of time, giving viewers enough time to examine the content of an ad.