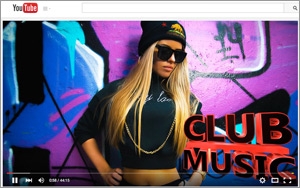 YouTube has added more than 1,000 songs to its YouTube Audio Library, making them searchable by name, genre, mood, instrument, duration, and more.

The move gives YouTube video creators access to thousands of royalty-free tracks for background music and sound effects that are used to monetize videos. It also gives creators access to millions of copyright-protected songs from top musicians on YouTube.

The tracks, announced Friday, are available as 320 Kbps MP3 files from musicians around the world, including Kevin MacLeod, who has produced thousands of tracks used by many YouTube creators; and Chris Zabriskie, who produced tracks used by organizations including BBC, NPR, Adidas, Nissan, and the Museum of Modern Art.

Music makes images memorable. While television isn't online video, it's easy to see how music can enhance video entertainment. A recent study from Nielsen examined the effectiveness of television advertisements; more than 500 of the 600 ads studied include music. The research shows commercials with some form of music performed better across four key metrics, such as creativity, empathy, emotive power, and information power, compared with those that didn't.

Nielsen points to a Hewlett-Packard (HP) case study where the ad played on Meghan Trainor's rapid rise to stardom, with her debut single, "All About That Bass." Using her song "Lips Are Movin'" and the context of the creation of that song's music video, the commercial showcased HP's tablets more effectively. In fact, HP saw a 26% increase, compared with the precious 12 weeks, in total dollar volume among her fans while the ad was airing, up from the 6.53% increase HP had during the same period in the previous year, according to the study.