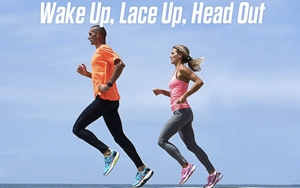 Skechers Performance will have a presence at the race’s Health & Fitness Expo, as official merchandise footwear. The company will also outfit course volunteers and staff, and provide finishers’ shirts for all runners, it says. A marketing campaign before and during the race will include a Skechers Performance Los Angeles Marathon Web site (lamarathon.com) and app.

“Partnering with the Los Angeles Marathon is a strategic step forward for our company and the Performance Division,” said Michael Greenberg, president of Skechers, in a statement. “As a Los Angeles-based business, we have always wanted to be a part of this iconic race since we began developing our performance footwear division.”

But Skechers isn't getting much buzz for its athlete endorsements just yet. A new study by sports content curator Sicksports, based on social media activity generated by about 4,000 online stories on sneakers from 65 publishers over the past 30 days, finds that Nike remains the massive dominant brand that people are talking about. Nike has 66% share of buzz, with Adidas at #2 with 22%.

And even with Stephen Curry’s shoes, Under Armour is still fourth in buzz. Neither of Curry's shoes — Curry One, Curry Two — is in the Top 10 of sneaker releases in share of social media buzz. After Jordan and Yeezy, LeBron and Kobe Nike shoes are the most talked-about lines, with the LeBron 12 ranked 7th and Kobe 10 ranked eighth in social media share.