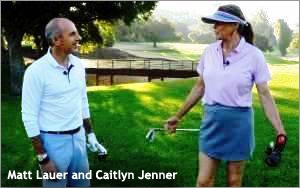 It wasn’t quite summer and it was not yet fall, but you might say this was the week when the fall TV season got underway.

Although it was after Labor Day, it felt more like summer in New York as temperatures soared past 90 and the humidity felt more like the Big Easy than the Big Apple. In the midst of this oppressive heat, Ellen DeGeneres came to town to tape two episodes of her daytime talk show outdoors in Rockefeller Plaza, drawing thousands of onlookers who crowded the surrounding streets and sidewalks in the heart of midtown Manhattan during the Tuesday evening rush hour.

Among her guests, who also braved the heat: Singer Pink, along with Hillary Clinton and Jimmy Fallon. Comedian Amy Schumer did a walk-on cameo striding awkwardly onto the outdoor set wearing ice skates in the mistaken expectation that she and Ellen might go ice-skating on the Rockefeller Center rink.

DeGeneres also made an appearance with Fallon on “The Tonight Show,” where she engaged in one of Fallon’s lip-synch battles as Justin Timberlake acted as judge. This bit was seen on Wednesday night, helping “The Tonight Show” out-rate its new competition, “The Late Show with Stephen Colbert,” which premiered a day earlier in the Ed Sullivan Theater a few blocks away.

The premiere of the Colbert show -- which beat everyone in the ratings on Night One on Tuesday and then fell back to Earth on Wednesday -- was the biggest TV story of the week.

Fallon is still in first place, but Colbert’s segments with Joe Biden on Thursday’s “Late Show” emerged as something we haven’t seen in years on a late-night entertainment show -- an actual interview. This one was startlingly personal as Colbert drew Biden out on the subject of the death of his son, Beau Biden, last May.

The conversation eventually led to both of them talking about the nature of family tragedies, which is something they have in common. Biden’s first wife and one-year-old daughter were killed in an automobile accident in 1972. Colbert lost his father and two brothers in an airline crash in 1974 when he was 10. And by the way, it wasn’t maudlin -- just compelling and honest, and also brave on Colbert’s part.

But it was a week of other premieres too, although the so-called “official” start of the TV season -- prime-time TV, anyway -- is not until Monday, Sept. 21. “The View” returned this week on Tuesday, with its newly reconstituted panel of six participants. So did “The Meredith Vieira Show” and “Steve Harvey.”

Even as Ellen was making her way east to cavort in Rockefeller Plaza, her talk show was premiering its 13th season on Tuesday with guest Caitlyn Jenner in an interview previously recorded in L.A.

Jenner was also the subject of a two-part interview with Matt Lauer -- taped on a golf course in L.A. and aired on Wednesday and Thursday this week on “The Today Show.”

Caitlyn told Ellen she feels “fabulous.” Caitlyn told Lauer that her “new boobs” have improved her putting game. Naturally, she also talked about her gender transformation journey, which has been ongoing since last winter, at least publicly. “Maybe this is why God put me on this earth,” Caitlyn told Ellen, “to tell my story now.”

The one-two punch of Caitlyn interviews seemed positioned to promote the season finale this coming Sunday of “I Am Cait,” which has not yet been renewed for a second season. Yes, it will be eight weeks since this eight-part reality series premiered on E! on July 26. The summer passes much too quickly, doesn’t it?

Although summer itself doesn’t turn into fall until the 23rd, there’s no greater sign that the onset of autumn is upon us than the start of a new NFL season. You might even say the fall TV season officially started with the Patriots-Steelers season-opener Thursday night on NBC.

In the midst of so much new going on, the best thing on TV this week was a show that was 25 years old -- “The Civil War” on PBS. This revered documentary miniseries, which was first seen in 1990 and turned Ken Burns into a star, has been on every night this week on PBS, restored and/or otherwise enhanced for the high-definition era.

Experiencing it again has been like experiencing it for the first time. It is still as engrossing, heartbreaking, groundbreaking and beautiful to behold as it was 25 years ago, when the world of TV was so different. One thing that hasn’t changed, though: A great TV show is a great TV show, no matter what the era. “The Civil War” is one of them.

The final portions of “The Civil War” air Friday night. And after they’re over, you’ll still be able to catch Donald Trump on “The Tonight Show.”

From Caitlyn Jenner’s golf-improving physical assets to Donald Trump on “The Tonight Show,” I bring you the sheer variety of television. Clearly, when it comes to TV these days, our cups runneth over.