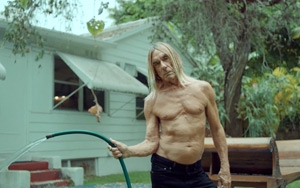 The brand, which has long used its leadership position on both fronts to win Gen Y fans, announced it is joining in #BeCrueltyFree, the Humane Society International’s long-running campaign, aimed at convincing countries to end all testing of cosmetics on animals. (Animal testing bans already exist in the  European Union, Israel, Norway, India, New Zealand and Turkey, and similar laws have been proposed in the U.S., as well as Argentina, Australia, Brazil, Canada, Russia, South Korea, and Taiwan.) H&M, which makes its own brand of cruelty-free cosmetics, says it will support the HSI effort with consumer advocacy, as well as educational programs.

The Swedish retailer also unleashed a new 90-second video supporting its clothing recycling message, voiced by punk legend Iggy Pop. (He makes an appearance in the ad, as well.) The ad, from Forsman & Bodenfors in Sweden, urges people to break every single fashion rule except the commitment to recycle.

H&M has been pushing for a closed-loop on textiles since 2013, collecting more than 18,000 tonnes of fabric around the world, and it’s already selling new denim pieces, recycled from the Garment Collecting initiative.

But it’s hardly alone in its attempts to woo chic Millennials over to the sustainability problems created by clothing. Last month, Patagonia introduced its “Denim is filthy business” campaign, educating consumers about the destructive practices used in making conventional denim, and emphasizing the benefits of its own organic-cotton jeans, made with fair-trade sewing. Levi Strauss & Co. recently expanded its recycling program, offering 20% discounts to anyone who brings in clothing or shoes to recycle. And Cotton Inc. has been running its “Blue Jeans Go Green” program since 2006, which turns donated denim into a housing insulation product called UltraTouch, diverting 600 tons of jeans from landfills.