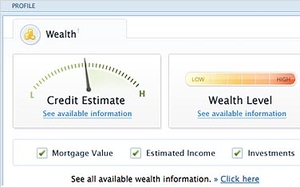 The White House recently urged the Supreme Court to allow Virginia resident Thomas Robins to proceed with a lawsuit accusing the data aggregator Spokeo of violating a consumer protection law by posting incorrect information about him online.

Now Spokeo is firing back. The company argues that the Constitution requires that people "suffer palpable, nonabstract harm" before they can proceed with a lawsuit in federal court.

Spokeo adds that Congress can't empower consumers to sue for damages simply to enforce a law. "No decision of this Court holds -- or even hints -- that Congress may override the injury-in-fact requirement by authorizing suit for statutory violations not accompanied by concrete harm," Spokeo says in new papers filed this week with the Supreme Court.

Robins' lawsuit dates to 2010, when he alleged that Spokeo posted inaccurate biographical information about him -- including that he was in his 50s, married with children, and employed in a professional or technical field. Robins, who was seeking a job when he filed suit, said he worried that the errors in the report would affect his job search.

Robins says that that Spokeo's report amounts to a violation of the Fair Credit Reporting Act, which requires credit reporting agencies to take steps to ensure the information they provide to potential employers is accurate.

But Spokeo says that Robins shouldn't be able to bring a lawsuit unless he can first show that he was injured by any errors.

The White House argued in a friend-of-the-court brief that the Supreme Court should defer to lawmakers' decision allowing private lawsuits for publication of incorrect data.

Advocacy groups, companies and trade organizations also are taking sides in the dispute, largely because the Supreme Court's ruling could have a major impact on other lawsuits by consumers.

Advocacy organizations -- including the Electronic Frontier Foundation, Center for Democracy & Technology, New America's Open Technology Institute and the World Privacy Forum -- take the opposite view. Without the threat of litigation, they argue, "data brokers such as Spokeo have little incentive to follow the law."

But Google and Facebook and other Web companies filed a friend-of-the-court brief asking the Supreme Court to throw out Robins' complaint. The companies have recently been hit with numerous lawsuits that accuse them of violating privacy laws -- like the Video Privacy Protection Act (which prohibits companies from disclosing information about people's video-viewing) or the Telephone Consumer Protection Act (which deals with unsolicited text messages).

Google, Facebook and others in Silicon Valley argue that consumers shouldn't be able to pursue those types of cases unless they've been injured.

The Supreme Court will hear the case on Nov. 2.