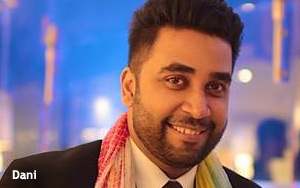 Amod Dani is switching from working directly with clients to working behind the scenes as the first global creative director at marketing and creative services company AffinityX.

AffinityX isn't an agency in the traditional sense. The company handles creative design and ad production for other companies that serve small and mid-size businesses (SMBs). For example, if a media company, like a newspaper or cable operator, sells Web site design services to small businesses, they will employ AffinityX as a white label solution, with Affinity handling all of the direct communication and design work. Its work for Hearst Newspapers, which publishes 15 dailies and 34 weeklies, enabled the company to reduce its production staff by 50% and achieve more than 40% savings in the ad production process.

As the company's first creative director, Dani will drive the "creative vision" for a staff of 1,900 creatives who deliver more than 12,000 jobs per day, including Web sites, logos, online and print ad creative, as well as mobile landing pages.

Dani has a monumental task with this newly created role. He will be responsible for setting the company's overall global creative standards, rethinking and resetting standards and processes as needed. The mission of his role is to drive design that is both beautiful and hard-working for SMBs, say AffinityX executives.

Dani will also be defining how AffinityX hires and trains creatives, and how those creatives do their work on a daily basis, per the company.

Dani's background made him highly sought after by AffinityX. "We searched for the right creative, who could not only lead a global team but also apply his or her creative vision to the delivery of high-quality creative marketing executions for millions of SMBs, as opposed to one or two major brands," says Lynn Tornabene, CMO of AffinityX.

For his part, Dani was attracted to new challenges. "Moving from the agency to a company like AffinityX allows me to start something new," he says. "The basics of creativity are the same -- we're trying to tell stories. But when it comes to helping SMBs get the most out of every dollar they spend, we're under pressure to develop systems that work and deliver great work."

Dani will be based out of AffinityX's Pune, India office and report to president of global operations Sunil Garde and Tornabene. The company is based in Chicago with offices in India and the Philippines. Tornabene is based in NYC.