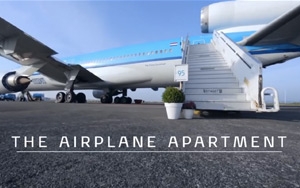 Friday morning's lineup at Association of National Advertisers’ Masters of Marketing conference in Orlando was all about being a challenger. That has been the story arc for three brands. In an odd coincidence, all three have the benefit of having names beginning with the first letter of the alphabet, a letter with nothing but positive connotations for brands that created new beginnings. Airbnb, Arby's and Audi all had at least one major challenge to surmount: build share of mind. Audi CMO Loren Angelo said that, for Audi, it was about challenging the “rule of three,” a cruel calculus in the Darwinian world of cars: sure, the stakes are low for a consumer who tries a new restaurant. But car owners? You are almost guaranteed not to buy from a car brand below number three unless there is a big cash incentive on the hood. Too big a risk.

For Airbnb, the story has been about taking a new brand in a new space, and building it from scratch into a global brand. CMO Jonathan Mildenhall explained that the company did so by creating an atmosphere of adventure and excitement. And building awareness. “My job is to inspire people to believe in Airbnb. Coca-Cola has 98% awareness. I'm now at 18%. I just have to make people aware.”

The strategic platform is the power of human hospitality to open up the world, he said. “We want to create a world where everyone feels they belong anywhere.” Creating tension is critical (something Calvin Klein CMO Melisa Goldie spoke of on Thursday). For Airbnb, the tension is, he said, around the idea of a stranger versus a new friend. But, going forward, the company will balance the message. “We over-index on adventurous, surprising, and unique, yet the travel industry is driven on trust and safety. So it's important that I build trust and safety credentials.”

That insight led to a TV campaign, the company's first, starring a single, white female who travels the world making friends, having local-flavor anti-tourist experiences. He said the company has also inked a partnership with companies like American Express to help build its trust and safety credentials. “So over the next couple of years, we want to balance [our brand] with more traditional values.”

The company has big goals, including sharing the big stage as a tier one global brand with Apple, Starbucks, Nike, Disney and Virgin. Mildenhall is doing it through a five-pronged approach: inspire conversation; being a "behavioral brand" where deeds mean more than messages; sticking with human truths (he said the company now has 60 million travelers on its platform with a presence in 191 countries); global resonance and local relevance; and measuring everything.

As for that first-ever international TV campaign, Mildenhall said it faces the unsavory possibilities of staying in a stranger's home. “As a marketer, you have to lean into the uncomfortable truth, which is what we did with [the campaign]. That single, white female starts off apprehensively in New York, as her friends tell her she's a bit daft to stay in Airbnb houses. This year, the company launched a new platform called “A night out” that brought in brands like KLM to create unusual sleepovers, a program that started with a child who wanted to stay in an Ikea in Australia. KLM came calling with the idea of turning one of their jets into an Airbnb rental. The ultimate in ersatz was an Airbnb ski gondola in the Alps, rigged up as a 6,000-foot-high hotel room.