Can Oprah Save Weight Watchers From Its Digital Missteps? 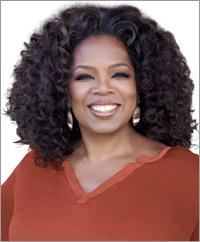 Oprah Winfrey, American women’s BFF and Patron Saint of Body Image, is partnering with the struggling Weight Watchers International, in a move both hope will spark a resurgence. But observers say Weight Watchers’ problems, including its slow-to-evolve digital offerings, may be too big to be solved, even by the enormous embrace of Oprah.

As part of the deal, Winfrey is taking a 10% stake in the publicly held company, joining the board of directors, and perhaps most importantly, signing on up as a member, promising to share what she learns along the way with others.

Weight Watchers has been floundering for several years, in part because its core business model — more than 36,000 weekly meetings where members weigh in, share their successes and set-backs and get direction from trained WW leaders — seems dated in an on-demand digital world. It charges about $13 for month for its clunky eTools, for example, while MyFitnessPal, recently acquired by Under Armour, is free (and offers a better digital experience.) And with Apple Watch fueling more intense activity in the fitness/wearables market, the brand is likely to come under more pressure.

This is “a critical juncture,” writes R.J. Hottovy, an analyst who follows the company for Morningstar, in his analysis of the Oprah deal. “Competition from calorie-counting mobile apps and activity monitors has been an issue for several years and, initially, it appeared as if these headwinds were similar to previous periods when diet fads disrupted paid week trends. However, the severity of recent recruitment struggles implies more fundamental issues at hand, namely a platform lacking innovation, technology, and personalization.”

Competing mobile apps and other technologies have, in some ways, “commoditized aspects of the weight-management category,” he says. Because the company missed the boat on mobile, it has “made it difficult for consumers to distinguish Weight Watchers' in-person and online businesses from new entrants, diminishing the brand's pricing power in the process.”

Others observers are more optimistic about the partnership. “Weight Watchers needs big news, and this is really big,” says Gary Stibel, CEO of New England Consulting Group, which has worked with both Weight Watchers and Jenny Craig Weight Loss in the past. “The weight loss business has and always will be cyclical. Years ago, when Weight Watchers was struggling, we helped it with recruiting Sarah Ferguson, and a few years later it was on fire. Nutrisystem has had its struggles and today it’s doing well. And Jenny Craig, which has been strong, is faring poorly.”

The key to these comebacks, he says, is changing channels and tactics when necessary, with brands making sure they connect with women where and when they want it. And while it’s true there are many lower-cost or even free options available, fat is a pretty stubborn foe. “A large number of women will do almost anything to be at a healthy weight,” he tells Marketing Daily. “They need help. And Weight Watchers is capable of giving it them. And Oprah is one of the most trusted people out there. Where Oprah goes, people will follow.”