NRF Says Digital Will Shape Almost Half Of All Holiday Buys 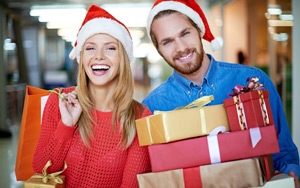 The National Retail Federation says consumers are getting ready for a digitally driven holiday, and that online shopping will affect nearly half of all purchases. But a slightly smaller percentage of people will be shopping online, the first decline in e-commerce intentions yjsy the NRF has found since it began tracking holiday plans.

And while average consumers say online shopping will factor into 46% of their purchases, fewer people in this year’s survey — 52.9% — plan to shop online, down from 56% last year and their first decline in e-commerce. A spokesperson for the NRF says the dip is likely due to respondents shifting to a more omnichannel mindset. “It could be that some said they’d shop department stores not thinking of “company X” as being both online or store, just a brand they will shop with,” she tells Marketing Daily. “We aren’t completely surprised.” And after discount stores and department stores, online continues to be third-highest “location” people will shop.

The survey, conducted by Prosper Insights and Analytics and based on responses from 7,200 adults, also finds that 21.4% of those with smartphones intend to use them for a purchase, the highest level since it began asking in 2011.

The 2015 International Council of Shopping Centers is also forecasting increased spending, albeit at lower levels. It predicts average spending of $702 this season, up from $677 last year, with $575 going to gifts. It predicts overall growth of 3.3%, well ahead of the 10-year holiday average sales growth of 1.8%, and also better than last year’s 2.8%.