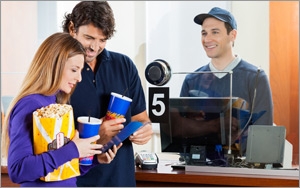 While all eyes are on what the new combination of comScore and Rentrak will do for TV-video measurement, Rentrak has decided to bulk up its movie metric business in a partnership with Gower Street Analytics.

Rentrak will partner with the U.K.-based company to “improve the efficiency of the global movie market through advanced data science and real-time movie measurement.”

Rentrak says the new behavioral models will help studios design better film release schedules. Gower Street Analytics can do this through analyzing the competitive landscape, holidays and even weather patterns.

Rentrak has provided weekly worldwide box-office revenue results through its Box Office Essentials service for more than a decade.

At the time, stock market analysts valued the comScore-Rentrak deal at more than $800 million. Rentrak will become a wholly owned business of comScore.