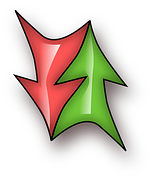 There may be what appears to be a slight pause coming in the growth of Internet of Things projects, with the big growth happening right after that.

Over the next six months, 4% of IoT adopters will decrease the number of projects they start, according to a new study. But over the next 12 months, there will be an increase of 12% in projects started.

The study was conducted by the IoT M2M Council (IMC) and comprised a quarterly survey of 140 executives that self-identify as buyers of products and services for the Internet of Things.

Part of the reason some companies may be slowing the pace of IoT projects is the complexity they either experienced or witnessed in previous projects.

For example, almost all (96%) of those involved in IoT projects say they face challenges in one form or another, as I wrote about here recently (96% Challenged by IoT Projects, 42% Targeting Consumers).

This does not necessarily mean IoT is getting smaller, since more than a quarter (27%) of companies already have projects underway (78% of Businesses Aware of IoT, 27% Have Projects Going).

The IMC survey does show strong growth in the number of larger IoT deployments, those with more than 1,000 connected devices.

Connected device projects beyond the 6 and 12 month windows are consistently high. For example, Juniper Research projects there will be 39 billion IoT device installed within five years and IDC expects there to be 30 billion connected devices in 2020.

Many of those connected devices will facilitate new forms of messaging and marketing.

A better way to look at a smaller number of projects starting in the short term is more like the calm before the IoT storm.