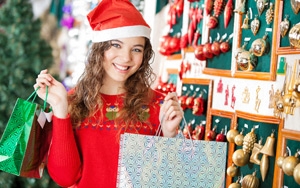 Two new holiday forecasts suggest that in addition to feeling cheery enough to spend more this season, consumers’ digital devotion will hit new levels. Deloitte says 82% of those in its survey will research some of their gift purchases online. And 98% of those in Brand Keys’ research say they will buy something online in the weeks ahead.

Deloitte expects consumers to surf their way through the season, with 69% saying they will shop online first, then purchase in stores, and 52% planning to shop first in stores, but then buy online. And 43% say they’ll buy online but have items shipped to a store, to beat shipping costs.

In terms of overall spending, Deloitte’s sample of 4,000 shoppers comes up with considerably more upbeat numbers than other national surveys, predicting a 12.5% jump to $1,440. Surprisingly, the biggest shift isn’t likely to be on gifts, but on such non-gift purchases as home décor and non-gift clothing. Consumers say they intend to spend $976 on these items, up 16%, compared with a 6% gain to $487.

In  comparison, earlier predictions include the International Council of Shopping Centers, calling for an increase to $702 this season, up from $677 last year, and the National Retail Federations’ $805.65, roughly flat compared to $802.45. Brand Key’s just-released survey predicts spending of $885, nearly 4% higher than last year.

Both reports detect a shift in where people plan to shop. Brand Keys, with a sample that includes nearly 16,000 people, says 6% fewer are planning to shop at discount department stores, and 7% more opting for traditional department stores. Specialty stores, price clubs, sporting goods stores and outlets are all also expected to have more shoppers.

And consumers are a little bored with retailers’ usual flavors, with 72% of the Deloitte survey planning to try different stores than in years past, with 67% intending to shop at a small business, 54% at a new website, and 26% at a pop-up location.